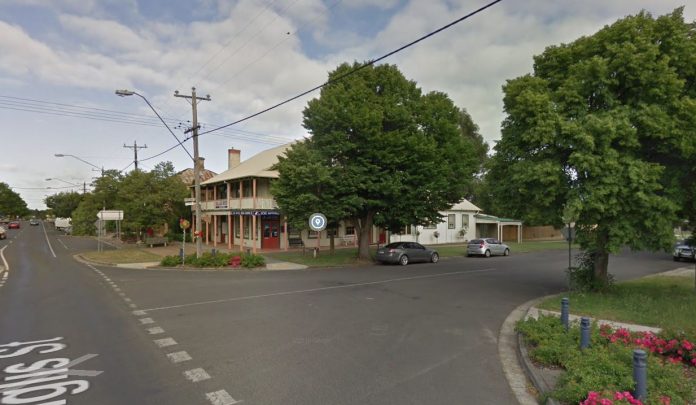 The town had not been by passed and the traffic on weekends was full on, 5 service stations doing a roaring trade. If you pulled out of the traffic to get fuel you would have to navigate your way back into the flow. The best way to cross the road was to walk across because the traffic was going so slow there would be no chance of getting struck.

Standing behind the bar talking to one of my favourite customers Keith a short slightly rotund gentle man. Keith was the calming influence in the bar, always pleasant not a cross word. The only time he got cross was when the price off bear went up and if you were the first publican in town to put the price of beer up he would black ban you for between a week and a month depending on the timing of the price rise.

The three hotels were the gossip life line of the town. Information was passed to the rest of the town via the hotels. For Keith to black ban and break the connection was a serious matter.

One night after a long day socialising at the three hotels Keith had come a cropper an fell on his coffee table and done some damage to his buttocks. On the Saturday morning Keith slowly walked in different look on his face and told us what had happened the previous night, he drank his first beer then said l have to get some painkillers for the pain from the buttock damage.

The chemist was 50 metres diagonally across the road, a hope skip and jump away which Keith could not presently do. I had never seen Keith walk anywhere only from his car to the bar door. I said Keith are you OK? His response was, l have a pillow on the driver’s seat. Raucous laughter to Keith’s pleasure, he was the unofficial comedian of the town.

Sitting in his car waiting at the intersection for a break in traffic in clear view not 20 meters from the audience in the bar Kieth grimacing face contorting. Tears of laughter flowing from all the customers. It took Kieth 50 minutes to cross the road in his 1957 FC Holden and return to the awaiting audience for an encore. On walking in the door Keith said l forgot the bandages l better go back

This Moorabool Memory was provided by Joe McFall.