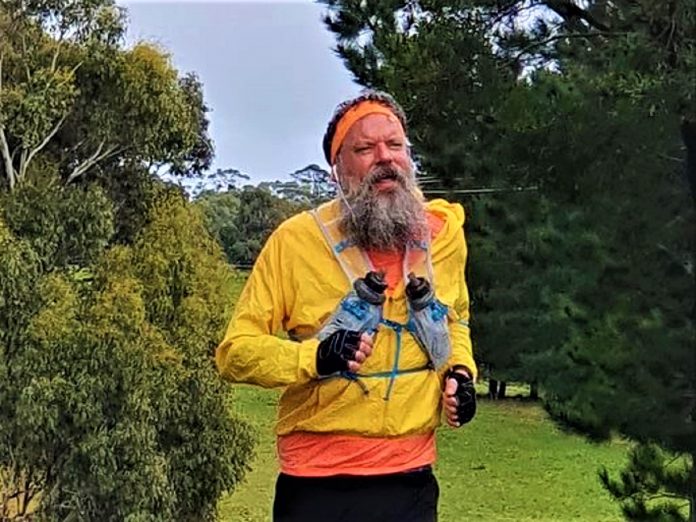 A Ballan man who has endured two strokes, a heart operation and cancer has been selected as a Stroke Foundation 2021 national Stroke Awards finalist.

Bob Carey-Grieve has been nominated in the Courage award category.

Facing his health challenges with grit and determination, Bob has used this experience to help others by running to raise funds for Stroke Foundation and delivering community talks to raise awareness of stroke.

Bob said he was humbled to be recognised in the Stroke Foundation’s awards.

“For me, the surest way to start feeling better about the future was to meet it head on. Run into the sunrise and make the day yours,’’ he said.

“That’s what I did. I took up running as a way to be healthy and as a form of meditation and used it to raise funds for Stroke Foundation.

“My wife and children have been my biggest supporters and I have met tons of people impacted by stroke through my [community] talks.

“There are so many people out there with powerful and inspiring stories.”

Stroke Foundation Victorian State Manager Eamonn O’Toole applauded Bob for his positive attitude, drive to live in the moment and his generosity.

“Bob has made a significant difference to others on many levels, through his passion for raising funds and importantly raising awareness of stroke,” Mr O’Toole said.

The Stroke Foundation National Stroke Awards recognise the incredible individuals in our community who strive to make the future brighter for people impacted by stroke.

This includes the stroke survivors, carers, volunteers, fundraisers, health professionals and researchers who are relentless in their mission to enhance recovery and make a real difference.

Mr O’Toole said 2020 delivered unprecedented challenges to the stroke community, with many survivors of stroke self-isolating for months to protect themselves from the coronavirus (COVID-19).

“Survivors of stroke demonstrated resilience and innovation to adapt to the changed environment to continue their projects or goals,’’ he said.

“This is what we will be celebrating in Stroke Foundation national Stroke Awards.”

Bob Carey-Grieve was one of five Courage Award finalists.

Stroke Foundation is thrilled to announce the finalists for this year’s national Stroke Awards:…

Almost 70 people were nominated for the awards this year across six categories:

** Fundraiser of the Year,

**Volunteer of the Year and

Winners will be announced via a virtual celebration on Wednesday May 5.

RELATED STORY:  Health by your definition