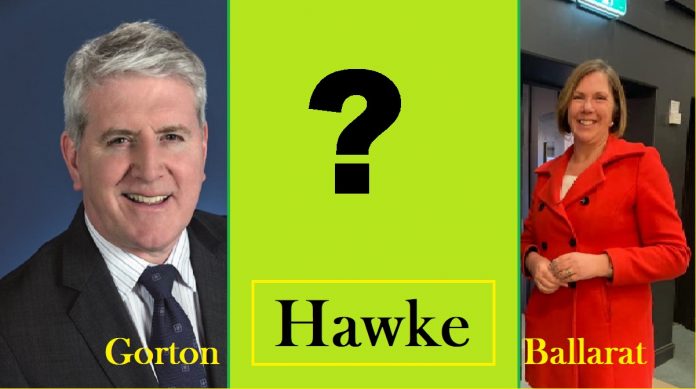 Most of Moorabool, Melton and Hume is likely to end up in the new seat of Hawke after the release of a draft map of what our seats could look like at the next Federal election.

Rapid growth in the outer west has seen the Gorton and Ballarat divisions shrink in area – and both Brendan O’Connor and Catherine King have indicated they intend to contest their current seats.

Based on past individual polling station results, election analysts say the seat has a 10 per cent swing for Labor (on a two-party preferred basis).

The new Victorian seat comes after the abolition of Stirling in Western Australia – and according to tradition, the most recent Prime Minister to have died has the next new seat named after them.

Robert James Lee Hawke was born in Bordertown in 1929, led the ACTU, became an MP in Melbourne’s north, serving in the top job from 1983-91.

Bob Hawke is remembered for many things including the introduction of Medicare, Austudy, HECS, floating the Australian dollar and several episodes that led him to openly cry such as the Tiananmen Square massacre and his daughter’s heroin addiction.

He visited Ballarat several times, but the history of his stops in Moorabool, Melton and Sunbury is less clear. He spoke at Melton’s Victoria University of Technology campus on 2 November 1990. In 2012 his daughter Sue Pieters-Hawke spoke in Bacchus Marsh about caring for her mother and dementia.

Submissions to Victoria’s Redistribution Committee suggested that Bob Hawke’s former seat of Wills (1980-1992) be renamed in his honour instead.

One submitter asked that no seat be named after Hawke until there were an equal number of electorates named after men and women.

If the draft redivision is adopted as is, the seat of Hawke will take in:

** Bunding, Blakeville and much of the Wombat Forest

** Blackwood and the Lerderderg State Park,

A report on the redistribution said the per-urban communities of Hawke were linked by common issues including major freeways and rapid growth.

At this stage, election issues could be decided by the high-voltage transmission lines proposed to cross the seat, rapid population growth, health service mergers – as well as proposed PFAS-contaminated soil dumps in Maddingley and Bulla.

Whoever the first Hawke MHR is, they will also be expected to cover over 1,841 sq km.

That compares to 217 sq km in the new-look Gorton and 5,598 in the reshaped Ballarat.

“I would be very sad to see them leave the Ballarat electorate,” she said.

“Population growth in Moorabool Shire and across our region has however meant that the electorate of Ballarat now has more voters than any other (Federal) electorate in the state.”

“These proposed changes are not yet confirmed, so I will wait to see what the AEC’s final decision is.”

Spargo Creek and Korweinguboora would remain in Ballarat, along with Gordon, Mount Egerton, Bungal, Morrisons and Elaine.

Ballarat would also pick up most of the Brisbane Ranges National Park, Meredith and Lethbridge from Corangamite.

Lake Corangamite will be swallowed up by Wannon, meaning the new-look Corangamite electorate will need a new name.

** Further east, Caroline Springs-based MP Brendan O’Connor said this would be the fourth map change he had seen in Gorton – and he looked forward to seeing the AEC’s final boundaries later in the year.

“If the boundaries follow the proposed map I would be very happy to welcome residents of Sydenham, Taylors Lakes, Kings Park, Keilor and surrounding suburbs back to Gorton,” Mr O’Connor said.

“While it will be disappointing to lose residents from Hillside, Diggers Rest, Melton and neighbouring areas, I am confident that the Labor candidate for Hawke, if elected, will be a very strong advocate for that area.”

** To find which draft boundary you could fall under, check out the map on this link.

Meanwhile State seats – including Melton (Steve McGhie ALP) and Buninyong (Michaela Settle ALP) – are also going through a redistribution process.   A draft report is due in June.