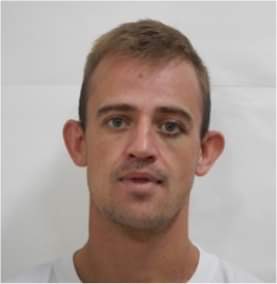 Homicide Squad detectives are appealing for public assistance to help locate Klay Holland as part of their ongoing investigation into the death of a man in Melton on Wednesday.

The 30-year-old Delahey man is a person of interest to police following the discovery of a deceased male at an address on Fay Street, Melton about 11 am on 17 March.

Holland is Caucasian, said to be of average build and approximately 170-175cm tall with short light brown hair and hazel eyes.

Officer in charge of the Homicide Squad, Detective Inspector Tim Day, said police enquiries so far had failed to locate Holland so detectives are appealing for help from the public.

“We’re seeking assistance from anyone who may know Holland’s whereabouts in particular his family, friends or associates,” D/Insp Day said.

“An image of Holland has also been released in the hope someone recognises him and can provide information on his current whereabouts.

“We know Holland frequents the Melton, Delahey, Ararat and Stawell areas, but believe he may have gone to ground. Whilst it is understandable that some of Holland’s friends and associates may wish to assist him, let me make this very clear – any person assisting Holland may render themselves liable as an accessory.”

“If anyone sees him, I urge them not to approach him but to call triple zero (000) immediately, or if they have any other information to please call Crime Stoppers”

“If Holland is seeing this he needs to make contact with police now, by calling 000, Crime Stoppers, or attending his nearest police station.”

Police have released an image of Holland in the hope someone can provide information regarding his current whereabouts.

Anyone with information is urged to contact Crime Stoppers on 1800 333 000 or file a confidential report online at www.crimestoppersvic.com.au