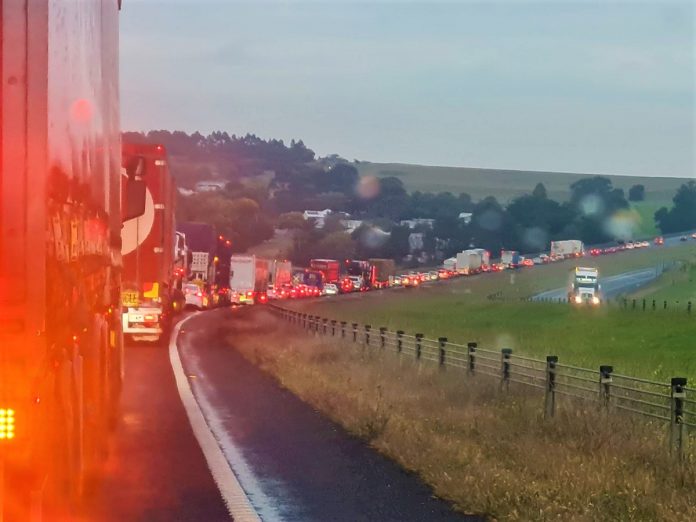 One person – believed to be a man – is in a stable condition after his van struck wire rope barriers and rolled in slippery conditions on the Western Freeway at Myrniong.

It was 1km from a similar van rollover on Monday.

The CFA said the alarm was raised at 6.39pm to an area close to the Myrniong township.

Traffic in both directions was affected for a short time – and was bumper-to-bumper in the Melbourne-bound lanes un until almost an hour after the accident.

CFA volunteers arrived from Myrniong and Bacchus Marsh, along with paramedics.

It was initially thought someone was trapped in the vehicle, which landed on its side, but the occupant was out by the time emergency services arrived.

It follows a day of chaos on the freeway on Monday (Labour Day) when significant rain fell for the first time in almost a month.