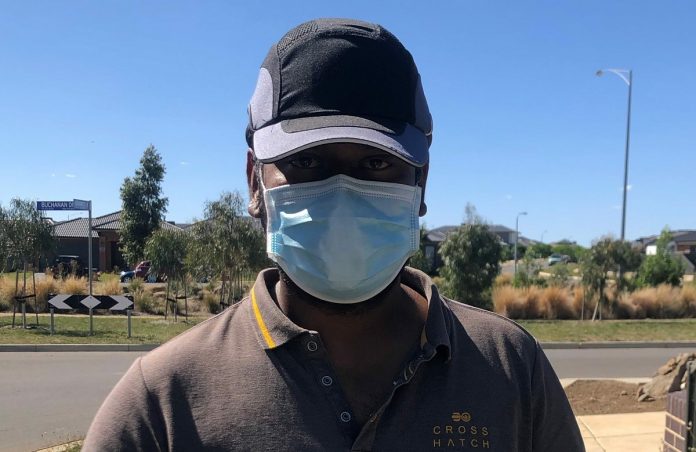 Police are investigating a complex scam in which the phone number of a police station was used to attempt to take money from a woman in Lucas.

Officers said the 23-year-old received a phone call from a person claiming there was an issue with her tax about 12.30pm on February 19.

She was instructed to withdraw all her funds or face arrest.

Members said the woman received a follow-up call from a cloned police station number from a person impersonating an officer.

Following additional correspondence, a man went to the woman’s address in Lucas to collect her money about 4.10pm.

The woman became suspicious and took a photograph of the man on her phone before he left the scene empty-handed.

Police have released an image of a man they wish to question.

If you receive a phone call requesting personal information or payment from a person representing themselves from a law enforcement or government agency:

• Request a reference number and call back the institution to confirm via a publicly listed number on that organisation’s website or via a directory, or;

• Do not respond to the request and hang up.

If you have lost money as a result of this type of scam, please report the matter to your local police station.

Be wary of scammers impersonating authorities including police and the Australian Tax Office (ATO). Do not fall victim…

You can also report scams to Scamwatch via https://bddy.me/2Eo8BuA

Anyone with information should contact Crime Stoppers on 1800 333 000 or submit a confidential crime report at www.crimestoppersvic.com.au

RELATED STORY: Over $1m lost due to COVID19 scams