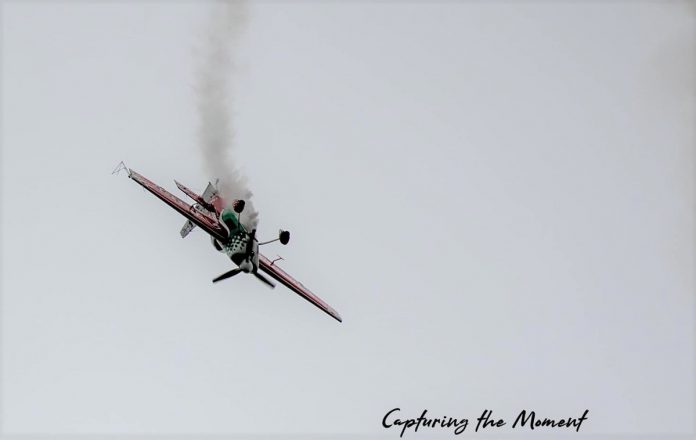 Imagine having a debilitating stroke in your early 40s.

It happened to Eynesbury-based special school teacher Jane Cross – who in December 2019 was forced to undergo the same health tests as many of her students.

As part of regaining the use of her limbs, this inspiring woman took up nature photography – which she says forced her into the great outdoors.

And just look at the results…

Posted by Capturing the moment on Sunday, February 7, 2021

These shots were taken at the weekend’s Wings, Wheels and Coffee family day, presented by the Bacchus Marsh and District Holden Car Club at the local airport in Parwan.

Three individual aerobatic pilots grounded by COVID19 were given the chance to spread their wings and thousands flocked by the runway to check it out – including 1003 vintage, classic and modern cars.

Posted by Capturing the moment on Sunday, February 7, 2021

“They were really overwhelmed with the amount of people there. It was fantastic,” Jane said.

“We were able to get fairly close to the planes – so that was good. I have a tripod, but I did everything hand-held on the day because you are trying to photograph something that moved up very quickly.

“The hardest bit was focusing while the planes moved around.”

Jane said she took up photography as a form of rehab after the stroke affected her right arm, leg and speech and other parts of her body.

After my first calendar sold out in less than an hour I ordered some more 🤭 a few different photos, thank you for your support!!

Posted by Capturing the moment on Friday, December 11, 2020

Surprisingly, she had never formally exhibited her work, but does sell her images to friends.

“The stroke got me out walking. I started by doing family portraits and newborns,” she said.

“I also have a deal with Whatknots Picture Framing in Bacchus Marsh, who sponsor the local cricket club.

“I am starting back as a teacher, but just 12 hours a week mentoring staff and doing administrative work such as organising school camps.

“It’s been good for me because it gets me thinking.”

Jane is also juggling issues associated with a hole in the heart and stretched cardiac tendons which have caused problems of their own.  She has undergone surgery and jokes about the “cocktail umbrella” in her chest.

Posted by Capturing the moment on Sunday, January 24, 2021

** You can check out more of Jane Cross’ work by going to Capturing the Moment.

** Proceeds from this year’s Wings, Wheels and Coffee show will go to Djerriwarrh Health Services. Organiser Trevor Oliver estimates $15,000 has been raised for medical equipment.