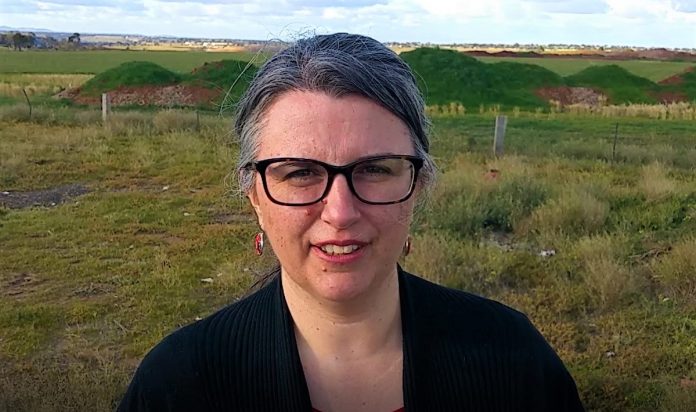 The Moorabool Environment Group has launched new proceedings in the Supreme Court – this time challenging the Planning Minister’s decision to give the green light to amend the Moorabool Planning Scheme.

The changes to the scheme effectively helps to pave the way for millions of tonnes of PFAS-contaminated West Gate Tunnel soil to be taken to a property on the outskirts of Bacchus Marsh, metres from one of Victoria’s biggest schools and upstream of a major food bowl.

MEG is seeking a judicial review of Richard Wynne’s decision to intervene in and change the planning scheme.

“But here’s the rub: In December, the environmental watchdog reversed its own approval to dump contaminated spoil from the West Gate Tunnel at Bacchus Marsh.

“The EPA conceded that its approval of this plan was unlawful and of no legal effect.”

RELATED STORY: EPA to quash its own toxic soil decision

“The Minister’s decision to exempt himself from community engagement relies upon a non-existent decision by the EPA,” Dr Valpied said.

“In light of this, we have called upon the Minister to withdraw his decision.

The proposed site consists of farmland and other vacant areas, and is not part of Maddingley Brown Coal’s current licensed landfill operations.

The proposed site is next to Bacchus Marsh Grammar and is intersected by Parwan Creek.

This in turn flows into the Werribee River – irrigating Melbourne’s market gardens and orchards and providing habitat for platypus, which have now been listed as threatened in Victoria.

“Accidental leaching into Bacchus Marsh’s water systems could have devastating consequences for all Victorians.

“The class of chemicals contained in the spoil, known as Per- and polyfluoroalkyl substances (PFAS), are ‘forever chemicals’.

“They cannot be removed once leached into the ground and water system, and have been linked to cancers, pregnancy complications, immune suppression and other serious health problems.

RELATED STORY: What is PFAS?

“MEG continues to emphasize that the Bacchus Marsh site is a completely unsuitable for the contaminated spoil.”

“The site has all risk factors for where PFAS-contaminated spoil should not be processed or stored.

“Scientific research shows there is no safe way of storing PFAS-contaminated spoil in these types of locations.

“Other options need to be pursued.

“Our message to Transurban, the Victorian Government and Maddingley Brown Coal is simple: our community will not allow you to bring the contaminated soil here. We’l continue to fight for what is right for the community and for our environment.”

She said MEG was grateful for the support of locals and the Bacchus Marsh Community Coalition.

“In particular we recognise and are thankful for the extraordinary work performed pro-bono by our legal advisors: Phil Cadman and also Donna Abu-Elias from Spectrum Lawyers in Altona.”

Maddingley Brown Coal is currently subject to enforcement proceedings in VCAT, commenced by the Moorabool Shire Council, for failing to comply with current Planning Permit conditions. The action related to other areas of their operations.