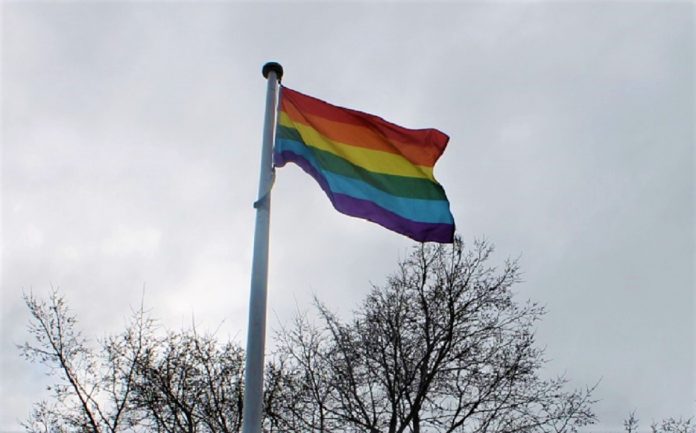 Moorabool could soon be flying the rainbow flag for the first time in its history, with a Bacchus Marsh-based councillor pushing for council to demonstrate support for the LGBTIQA+ community.

Cr Tonia Dudzik signed the Victorian Pride Lobby’s Rainbow Pledge after being approached by locals during the 2020 election.

“I was first asked about signing by a Bacchus Marsh resident who I’d known for more than 10 years,” she said.

“I was not even aware of their sexuality – but I made the pledge as it was meant so much to this resident who’d struggled for a very long time with acceptance issues.

“It’s a small thing I can do to make a big difference.”

The East Moorabool councillor has put forward a notice of motion to be debated at tomorrow’s (Wednesday) 6pm meeting, which will be live-streamed from Darley but not open to the public due to COVID-safe restrictions.

Cr Dudzik’s motion calls for the rainbow flag to be flown on LGBTIQA+ awareness days such as IDAHOBIT on May 17.

The motion also calls for Moorabool to engage with people of all genders and sexualities in the development of Council’s Health and Wellbeing plan – and to guarantee inclusion for the LGBTIQA+ community.

“I’m putting this motion forward because I believe its important for our community to be inclusive,” Cr Dudzik said.

“Support for these people – and their families – means a lot.

“This affects a lot more people than I first realized – and raising a rainbow flag is a small thing we can do to make a big statement about acceptance and respect.”

“By presenting this motion, I’m keeping my word to these people that I will stand up for them.

“I’m doing this because I made a promise.

She said the Council could demonstrate leadership in the area by developing defined strategies to enhance inclusion and engagement via staff training, health initiatives and generally creating a welcoming environment.

The Rainbow Votes campaign has been operating since 2016 and rates each council candidate by their response to a survey.

But if it passes the vote, the move could present logistic problems: a flag will need to be replaced at each council office on the day – or a new flagpole added.

** The neighbouring Hepburn Council flies the rainbow flag on May 17 and during the Chillout Festival.

“The flag is generally flown on the community flag pole on Vincent Street in Daylesford,” a spokesperson said.

“In 2012, Council passed a notice of motion advocating for a change to the Marriage Act to allow same-sex couples to marry.”

Posted by NorthWest Rainbow on Wednesday, May 9, 2018

** The City of Ballarat has flown the rainbow flag on-and-off for more than four years.

A spokesperson said it was flown on special days and also when requested from the community flagpole in Queen Victoria Square, opposite the Sturt St town hall.

She said the only cost to the City was the price of the flag itself.

🏳‍🌈🏳‍🌈 Ballarat Libraries and City of Ballarat Youth Services acknowledge International Day Against Homophobia, Biphobia, Interphobia and Transphobia – Australia (IDAHOBIT) Day, Sunday 17 May. 🏳‍🌈🏳‍🌈 Today we have a virtual flag raising with Deputy Mayor of the City of Ballarat Council, Cr Belinda Coates and a message from Remi, who is a part of the Ballarat and surrounds LBGQTI+ youth, about what IDAHOBIT Day means to them. We stand with the community to end discrimination. For more information visit idahobit.org.au #bekindballarat #IDAHOBITDay #Ballaratlibraries #librarieschangelives

Posted by Ballarat Libraries on Thursday, May 14, 2020

** A Moorabool Council staffmember confirmed that while they did not fly the rainbow flag outside offices in Ballan or Bacchus Marsh, employees were given small desktop flags to display on IDAHOBIT Day.

Police on scene of fatal accident in Kurunjang

COLOR – Apple release new products in all new colors, including iPhone and iMac