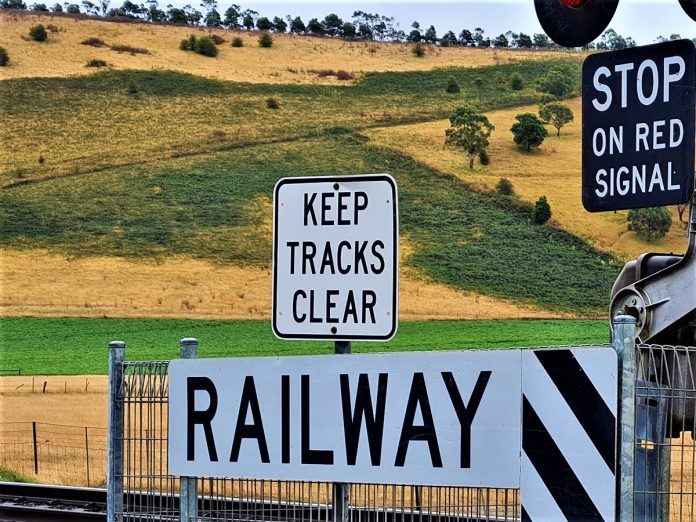 Police are investigating how a car came to be abandoned on the Ballarat train line at Gordon this morning.

A trainee-driver train was able to pull up without striking the car on a section of track near Boundary Rd around 7am (Friday).

It is understood the car was not at a level crossing and had been driven a fair way up the track, which is currently closed to passenger trains due to a line upgrade.

Despite poor visibility and torrential rain, Vline said the driver-in-training had seen the car well ahead on the tracks.

Under normal circumstances, V’Locity trains would travel at up to 160km/h through the area. They will return to the track from Sunday with the release of a new timetable.

“We urge anyone with information regarding the illegal dumping of a car on the Ballarat line near Gordon this morning to contact Victoria Police,” a Vline spokesperson said.

“Entering the rail reserve without authorisation is prohibited and a punishable offence.”

“The car has since been cleared and driver training on the line has resumed.”

RELATED STORY: How crowded is your Ballarat-line train… normally?

** This is not the first time an abandoned car has been left on the tracks at Gordon.

On 16 November 2003 two Wyndham Vale fishermen left their ute on tracks near Bostock Reservoir, later telling the court they thought the line was abandoned.

More than 60 people were injured when a passenger train struck the car and derailed.

The men told police at the time they tried to move the ute but heard the train coming and jumped out of the way.

The now-modified section of track – near Old Melbourne Rd – is now too steep for cars, but has never been fenced off.

Then-Transport Minister Peter Batchelor said it was a miracle no one was killed.

** In January 2017, Vline also released terrifying driver’s cabin vision of this near-miss between Gordon and Ballan as part of education campaign about trespass.

RELATED STORY: Why are passenger trains on the Ballarat-Geelong line?