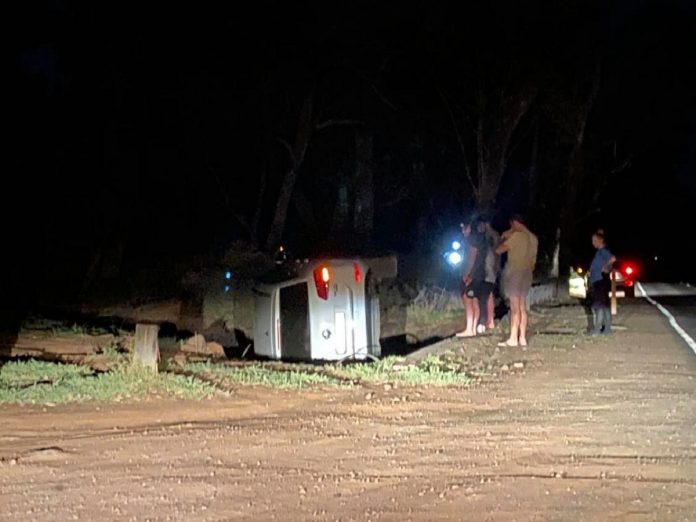 A man is shaken, but unharmed, after a close call with a kangaroo led to a rollover on Eynesbury Rd tonight.

The marsupials were out in droves when the accident happened around 10pm (Sunday) in a 50-zone in the greybox forest, about 400m from the Eynesbury homestead.

Temperature was still 28 deg C, after a day that peaked at 38.2 at Melbourne Airport just three-and-a-half hours before.

The collision caused a roadside metal rope barrier to snap, with the SUV rolling down an embankment and landing on its side.

The driver was unharmed.

While Moorabool and Melton both lack official Bureau of Meteorology weather stations, the closest ones still reached well into the mid and high 30s.

** Meanwhile, here’s a sober reminder of why we all need to be careful on the roads…