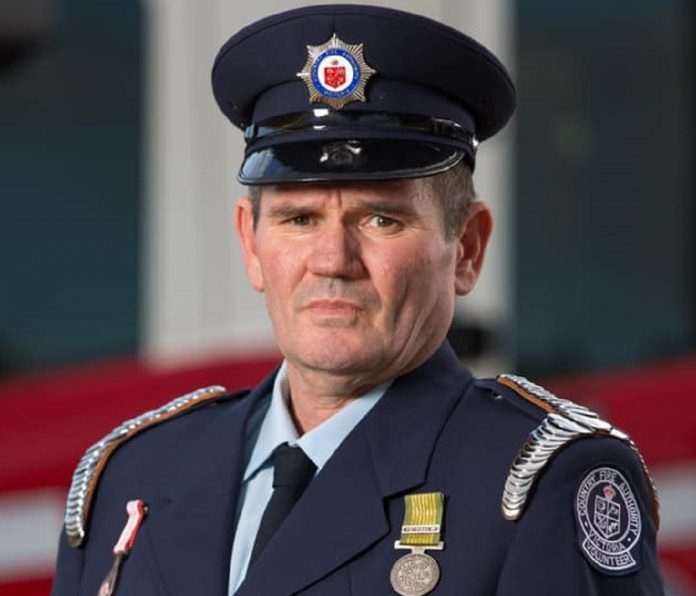 If you have ever been locked out of your house or car in Moorabool – there’s a very good chance you’ve met Steve Arandt.

Even if you haven’t, you may have come across the trusted Bacchus Marsh locksmith via footy or the fire brigade.

After a long battle with cancer, Steve will be laid to rest from 1pm tomorrow (Saturday) with a service at the Bacchus Marsh Public Hall in Main St.

He died on Sunday January 17.

The father-of-four was a member of the Parwan CFA and a former brigade captain at Bacchus Marsh, where he served for more than two decades. In 2017 Steve received the VFBV Gold Star after notching up 30 years of service.

The flag at the Bacchus Marsh station has been flying at half-mast since his passing.

Steve’s father was a volunteer firefighter, as are several of his children.

Our thoughts are with the Arandt Family as we mourn the loss of our much loved 1st Lieutenant Steve Arandt. Thank you…

He and wife Kerry married 36 years ago.

He was also a lifetime member of the Bacchus Marsh football and netball club.

It is with great sadness that we inform you of the passing of Steve Arandt. Steve was life long member of the Bacchus…

As a locksmith, he was highly-regarded for his prompt, honest and professional service.

Steve will be laid to rest at the Maddingley cemetery.

** People unable to attend the funeral can view the event live online.

People watching via the web are asked to leave a message, letting the family know they have joined the service.

An edited video of the service will be posted at a later date.