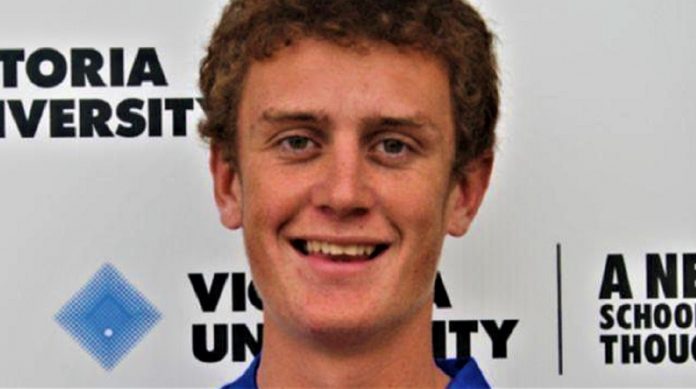 The memory of a Bacchus Marsh teenager who fatally collapsed on the footy field is about to be honoured in a feature-length documentary.

The family of Nathan Prince has given an initial go-ahead to Melbourne-based producer Tony Lasco who is now finalising the storyline.

He will tell the moving tale of the up-and-coming footballer who died in hospital on 30 August 2011, ten days after a cardiac arrest during a qualifying final against North Ballarat.

‘Winning for Princey’ will be an uplifting story about how the 17-year-old inspired the people around him, around Australia – and into the future.

“I came across the Nathan Prince story when I heard (Footscray legend) Doug Hawkins being interviewed on an Open Mike podcast,” Tony said.

“He was Nathan’s coach and he’d known him since he was a little boy. He was like a second son to Hawkins.

“It’s an original and emotional story – and it will be an AFL doco that gives people an understanding of the culture of the game.”

Nathan played for Ballarat Football League team the Cobras in the under-16.5s – and also played four games for elite under-18 side, the Western Jets.

He was a rising star.

Four days after his death the Jets won their first TAC Cup finals game in 15-years.

And in the BFL, 5000 people packed City Oval to watch Bacchus Marsh beat North Ballarat City by 15-points in the grand final.

Today we celebrate the birthday of a very special Cobra – Nathan Prince. You are always in our thoughts and with our…

It came after a stirring three-quarter-time speech from the coach – as Hawkins described a conversation with Nathan just weeks before about winning the grand final.

The team was able to convert Nathan’s dream into a reality.

“When I was looking for a documentary idea, I knew we needed something with broad appeal,” Tony said.

“Whether you are into AFL, NRL or even something else, I believe this is something that all people will understand and relate to.

“It’s the human story behind the game.

On this day last year Nath was taken from us. Nath, the fantastic impact & influence you have had on so many people is…

Tony said he was in the process of finalizing the documentary structure and sequence of events – and the Prince family would be involved in each major step.

The production company will apply for funding within the next month and is hoping Film Victoria, the State Government and AFL will be able to contribute.

“At this stage, the storyline we are looking at is based on Doug Hawkins reuniting years later with three of the junior players he coached,” Tony said.

“All of them went on to sign up with the AFL: Liam Duggan (West Coast Eagles), Brenton Payne (St Kilda) and Dillon Viojo-Rainbow (Carlton).

The teenager’s legacy has included a Victoria University scholarship for Western Jets players, a Best-on-Ground medal and a series of breakthrough wins for the Jets and Cobras.

The heartbreaking loss struck a chord across Australia – and also started a campaign to get a defibrillator at every football club.

If COVID19 can be adequately controlled, re-enactment shooting with local extras should start around July or August.

While there is a DVD of the emotional 2011 grand final – and this is likely to make the final cut – Tony said he did not believe there was any footage from the fateful game when Nathan collapsed.

At this stage ‘Winning for Princey’ should be ready for release by mid-2022 and he said it was likely to have a local premiere.

Tony also plans to screen it at film festivals and broker a cinema distribution deal.