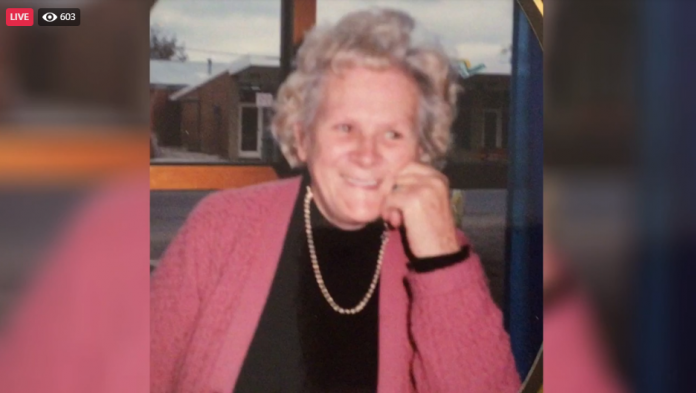 A $1 million reward has been announced for information leading to the arrest of the person or persons responsible for the detah to Kathleen Severino at around 7:55pm on new years eve in 1987.

Detective Andrew Stamper spoke to media this morning to announce the reward.

It is believed that Kathleen was last seen alive on her front porch in Drummond St, Ballarat.

“We absolutely believe this case is solvable” Det Stamper said. “We have some persons of interest”, “My belief is that it was a burglary gone wrong.”

“There was a sighting of a male and a female in the vicinity around the time of the burglary, it was always the belief that that was connected to the crime.”

“The person that was charged with this crime did resemble one of those individuals that was seen in the vicinity of the crime at the time, one of those people outstanding is the female.”

Kathleen was found the following morning in her bedroom by her daughter Glenda.

Glenda spoke this morning of her Mother and says her memory of the morning is very clear.

“She would have been no threat to him whatsoever”

“They did have a person of interest on the day, that person was allowed to walk.”

There has been a person charged in relation in the in 1990, but the witness retracted their statement. The person who was charged is now deceased.

We're LIVE regarding a $1 million reward in relation to the 1987 murder of Kathleen Severino in Ballarat, with Detective Inspector Andrew Stamper and the victim's daughter, Glenda. Read more ➡ https://go.vic.gov.au/CUjAzc