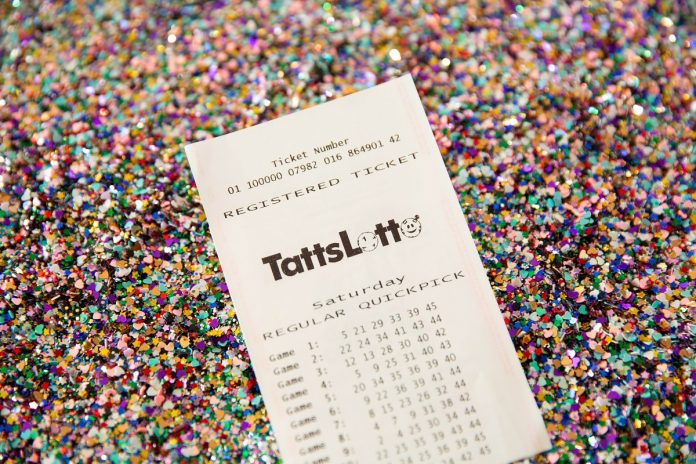 A ‘blissful retirement’ is on the way for a Bacchus Marsh woman who bought a division-one winning ticket at a local shopping centre.

The anonymous woman is one of seven national winners who will take home $1,428,571.43 after Saturday’s (January 9) draw.

When an official from The Lott called her this morning (Monday), the winner could not contain her disbelief – claiming it was a hoax call.

“Surely this is one of my mates pulling my leg?” she laughed.

“I had absolutely no idea I had won.”

The woman told the official she did not usually check her tickets until she went to the outlet to buy her next one.

“I work casually, and I thought your phone call was my work calling me into work today,” she said.

“When I saw it was ringing, I thought ‘Do I really want to go to work today? Should I answer this?’.

“I might not have to go to work ever again now.

“This is more than lovely! It’s massive!

“I’ve never won anything, not even a raffle ticket!

“This is huge! It’s going to make my retirement blissful!”

Posted by The Village Bacchus Marsh on Saturday, January 9, 2021

Ironically, a member of the woman’s family received a ticket on Christmas Day, prompting a discussion about what each member would do if they won.

“I said then that I wasn’t sure what I would do, and now it’s happened I’m still not sure,” she said.

“I can’t wait to call my husband and tell him he can come home from work now!”

Other division winners hailed from Queensland, South Australia, the Northern Territory, Western Australia – and two were from New South Wales.

The Lott’s division one winning tally has now reached 235 so far this financial year, including 94 won by Tatts customers.

During this time there were 312 division one winning in TattsLotto entries across Australia, which collectively won more than $355 million.

If you’d like to read more about how The Lott winners have shared their wealth – and some of their unusual reactions to winning, check out this 2020 report.