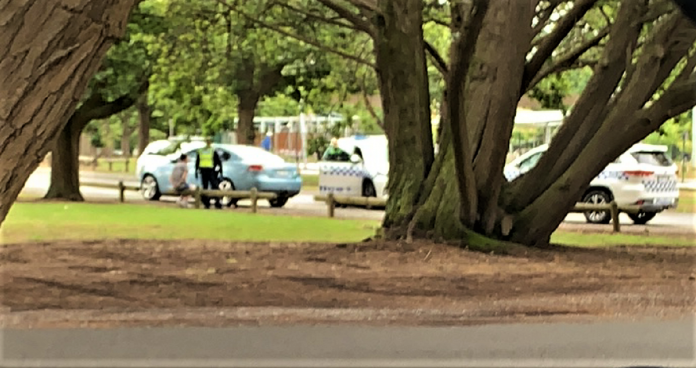 Police have arrested two males and a female following an incident that began in the Bacchus Marsh area this afternoon.

A silver Audi was observed being driven erratically on the Western Freeway, with at least one police helicopter passing over Ballan mid-afternoon.

The vehicle was pursued by police for a short time before it was observed in the Ballarat suburb of Newington where it had pulled over.

A male and a female got out of the car in Victoria Park and attempted to flee.

As police were attempting to arrest the male he and the police officer fell to the ground.

Paramedics were called to the area around 4.30pm and one person was taken to Ballarat Base hospital while the other was taken to ST John of God.

The female was also arrested at the scene.

A second male took off from Victoria Park in the Audi but was pulled over a short time later in Sebastopol and arrested without further incident.

All three are currently being interviewed.