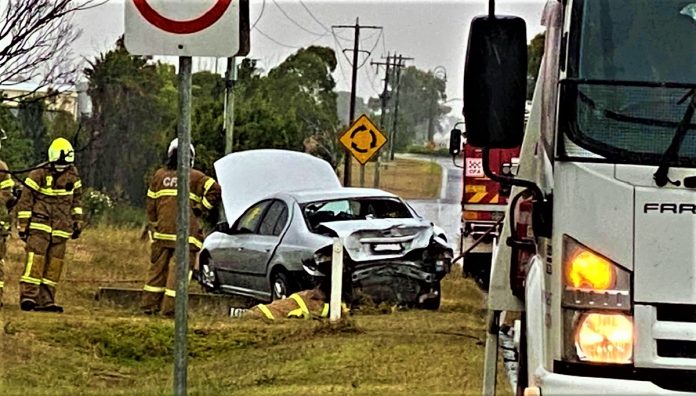 Emergency crews have been called to a truck accident on the Western Freeway, which has resulted in a fuel spillage.

The first calls came in at 2.51pm (Tuesday) to an area near Myrniong.

CFA volunteers from Myrniong and Bacchus Marsh washed away debris.

Police and paramedics were also called to the scene.

Ambulance Victoria said one person was assessed at the scene but was not taken to hospital.

Bacchus Marsh Police were still directing traffic at the scene more than an hour and a half later.

** Meanwhile, police are diverting traffic away from a section of Brooklyn Rd in the Melton suburb of Brookfield after a collision between Botanic Springs Boulevard and Brookfield Avenue.

Witnesses said a stationary west-facing Falcon sedan was on the side of the road with its hazard lights on when it was struck from behind around 4.15pm, about 500m from Melton Christian College.

Police have told passers-by that gas is leaking in the area.