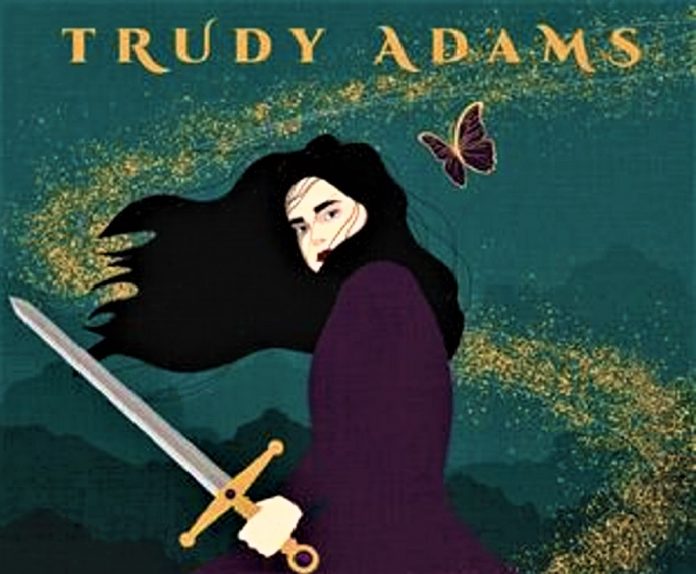 If you’re looking for that elusive gift for a teenager or young adult, check out the website of award-winning Moorabool author Trudy Adams.

The Bacchus Marsh counsellor has published her epic fifth novel ‘The A’zyon Warrior’ in Australia, after its October release in the United States.

It weaves the tale of 17-year-old Adaliah, who wakes up in a river – her memory erased – in a world at war with itself.

Injured, alone and hunted by unknown forces; she must put together the pieces of her broken past and shattered kingdom.

“She is a warrior with a very real battle to fight, but her story is also about the battle of the mind, of doing the right thing even when there is fear,” Ms Adams said.

“I want to write a story that not only empowers young women, but that inspires people from all ages and walks of life

“Stories are fundamental to who we are.

“They are essential to human connection and found in all human cultures, unanimously used to comfort, educate, and inspire.

“Stories about hero’s journeys are especially important in teaching us not only that we all have something worth fighting for, but that we are not alone in that fight.

“They give us courage and remind us that we too have what it takes to conquer whatever comes against us.”

People and relationships are in integral part of all her novels – and her day-to-day life.

Ms Adams is a postgraduate-qualified youth worker and moved from NSW a year ago to work with Child and Family Services (CAFS) in Bacchus Marsh.

She also blogs about a range of issues affecting young people, including self-esteem, stress, anger, and day-to-day issues that can be challenging for anyone.

‘The A’zyon Warrior’ (pronounced Uh-zion) is Ms Adam’s first fantasy novel – and will be part of a trilogy to be released over the next few years.

This is also the first time she has used an American publisher.

“They have some pretty strong opinions about wrong and right English,” she laughed at her Daylesford book launch.

“But I have to be true to my readers.

“A simple comma can make a huge difference.”

She said Armoured Butterfly trilogy had taken 10 years or work, on-and-off – and was aimed at both young men and women.

Book two is at the publishers now and she has almost finished the manuscript of book three.

“What inspired to me to write this is an idea I had about a hero’s journey,” Ms Adams said.

“I love books along the lines of the Chronicles of Narnia and so on – so I wanted to write something in that fantasy-medieval realm.

“At the same time I wanted to write about the personal experience of people in these situations.”

She said Victorian author John Marsden (Tomorrow When the War Began) is also one of her favourites – and wrote in the same vein about relationships in times of crisis.

** ‘The A’zyon Warrior’ is available as a hard copy or e-book through Booktopia and Amazon.

The fate of a kingdom rests in the hands of a girl who cannot remember her own name.

Seventeen-year-old Adaliah is the warrior and Lady of Targe, but when she wakes up in the Kest River, presumed dead by the world, she has lost her memory and is being hunted by unknown forces.

The world is at war with a tyrannical king who is searching for four powerful swords.

If King Cades finds them, his victory will be sealed, and his power over life and death will be complete.

The only hope of survival is in the hands of Adaliah-can she find her place in this war-torn world?