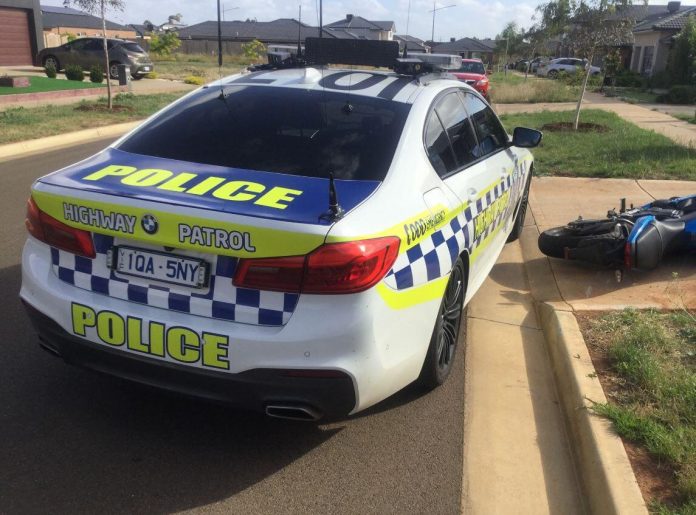 It’s been a busy few days for Melton Highway Patrol, as members engaged in a pursuit and recovered a stolen bike.

** At 8.36am today (Thursday) police were conducting speed checks at Rockbank when they observed a motorcycle at 142km/h weaving in and out of traffic in a 90km/h zone.

Police tried to intercept the rider before a pursuit into an area with roadworks.

The rider then attempted to exit the Western Highway at Mt Cottrell Rd in Thornhill Park, where he over-balanced and came off the motorbike.

The offender was arrested by Highway Patrol police a shot time later.

Police said the 20-year-old Thornhill Park man was a learner-rider, but the bike had no L-plates or registration plates attached.

The man has been charged with dangerous driving while being pursued and riding at excessive speed. He will appear in the Magistrates Court at a later date.

Police followed the vehicle to an address where the rider was arrested for being in possession of a stolen motorcycle.

Officers said the 31-year-old Melton West man was also charged with a number of traffic offences and charged in relation to an outstanding burglary. Police said he also tested positive to methamphetamine.

He has been bailed to appear at the Sunshine Magistrates Court.

The bike has been returned to its owner.

Why are passenger trains on the Ballarat-Geelong line?