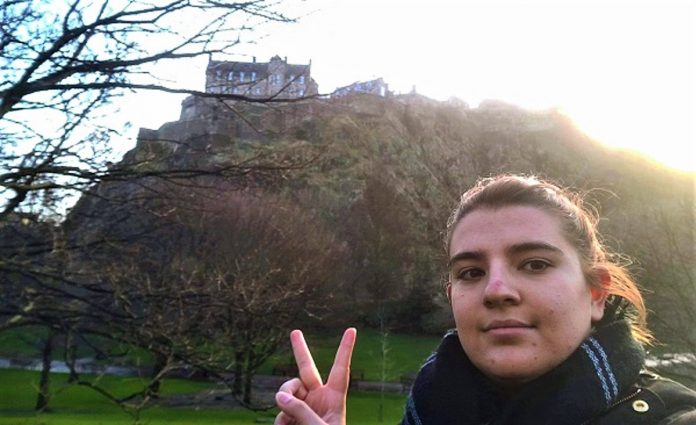 Heathrow Airport is a ghost town.

I lug my suitcase around empty terminals before finally reaching my gate, thinking the Qantas plane looks too small to take us to the other side of the world in one trip.

A nurse takes my temperature and asks me a questionnaire:

‘Have you been in contact with a known COVID case in the last 14-days?’

‘Not directly, but my flatmate is an NHS nurse who has been in a COVID ward.’

I board and discover I have a middle row all to myself, with no more than 25 passengers on the entire flight. On the seat is a toxic waste disposal bag, hand sanitizer and a pack of disposable masks to last us until Perth, where we’d stop briefly for fuel before carrying on to Melbourne.

Because I’m a drama queen, Wildest Dreams by Taylor Swift plays as we lift off the tarmac.

I peek out the window, thinking about all the scrapped travel plans and faces I’d never meet, opportunities I had spent almost two years saving rigorously for.

With 26 hours of travel ahead, I stare at the blank seat monitor (the flight was running on low capacity, so no in-flight entertainment), one question swirling around my mind:

What the hell do I do now?

To understand how I ended up on a repatriation flight from London in a pandemic, one must go back to January of this year.

After living at home and saving as much as I could, I decided to embark on a working holiday in the United Kingdom – specifically in Edinburgh, Scotland.

After visiting the city in 2017, I fell in love with its medieval charm, beautiful scenery, and historical literary scene.

I visited almost every year since and desperately wanted to call it home.

Admittedly, it was a rash decision, as I paid to have my visa fast-tracked and booked my flight for just under a month later, telling myself I would figure out the rest when I got there.

Four weeks later I was living in a youth hostel while looking for an apartment.

Although it sounds tedious, a lot of young travellers in their 20s were doing the same thing.

I met fellow Australians and made friends with people from all over the world.

I was working as a sales assistant in a series of tartan scarf shops when the first lockdown was announced.

By then I’d moved into a shared flat in a suburb called Marchmont, just a 20-minute walk away from the city centre.

Leading up to the lockdown, each day along the Royal Mile – the main tourist area of Edinburgh – was quieter than the last.

American exchange students bought last minute gifts after their study abroad was suspended; Europeans were on a quick holiday before borders shut.

My co-worker and I listened closely to the stereo as Prime Minister Boris Johnson announced most of the hospitality sector would close for at least a two-week period.

The following day, I was told the company was temporarily shutting all stores and furloughing their staff.

It would be the last working day I’d have for almost eight months.

Once the initial shock of lockdown subsided, I formed a routine of exploring the city via my daily walks.

I often went up to Blackford Hill, which boasted panoramic views stretching from Arthur’s Seat to the Pentland Hills.

Below it was a forest, ivy creeping across old stone walls like a fairy-tale.

My housemate worked most nights at the hospital, so I’d have the flat to myself, curled up in a grandfather chair with a book and a cup of tea.

We could see Edinburgh Castle from our living room, lit up at night in purple and pink.

Evenings walking up to the castle to find an empty esplanade – once used for witch trials – were the most surreal.

I joked to friends and family about standing where historical figures had been, from Mary Queen of Scots to Oliver Cromwell, and for that moment in time there was just this random Australian girl.

Another highlight was taking part in the ‘Clap for our Carers’ event on Thursday nights.

The first time was extraordinary, a roar vibrating through the street as residents clapped and bashed pots and pans from tenement windows.

After a few weeks, the event grew to a street party.

The neighbourhood gathered (socially distanced, of course) to hear a musician play ‘Hey Jude’ by the Beatles on his guitar.

It felt like I was in a movie as people sang along from their homes and on the road.

Although I enjoyed my morning walks and castle visits, I was restless from cabin fever and a burgeoning homesickness.

It was now May and the situation was getting worse by the week.

Travel options were evaporating, money was running thin, and I was constantly checking the embassy website for updates.

My dad called me to consider coming home.

I assured him I wanted to stay, joking that it would take MI6 to deport me.

His words replayed in my mind as I went for my walk that afternoon.

Sites I once enjoyed became repetitive, and everyone I knew had either left the country or was stuck within their travel limit.

I was video chatting with friends from university when I called it.

Scrolling through social media to see a normal Melbourne, pre-second wave, I wanted nothing more than to see familiar faces and sleep in my own bed.

The charade of telling myself to push through had cracked.

For the first time, I felt how exhausted I was from living in limbo so far away from home.

I booked my flight to Australia the next morning.

I always felt the city had a certain type of magic.

If you’ve been to Edinburgh, you’ll know it: it’s seeing a gothic castle in the middle of the city that you never get tired of studying, or the sound of bagpipes playing as you walk down the steps to Princes Street Gardens.

The tourist façade faded with the reality of a global crisis, but a new kind of magic overtook it; one of walking the Royal Mile at dusk, eerily quiet, and being one of only two people under medieval buildings, or seeing the family across the street from us, with little girls that banged on toy drums every Thursday as we thanked the tireless work of key workers.

Although it wasn’t the gap year I’d expected, it was one I will never forget in a city that, even fleetingly, I did get to call home under the most extraordinary circumstances.

For that, it will always be a place of magic to me.

Meg Kennedy is a writer and freelance journalist living on Cammeraygal Country in Sydney. Originally from Ballan, she began her career in local media and now works in book publishing. You can find her on Twitter @meg_kennedy15

Main image: Meg Kennedy in the Princes St Gardens, with Edinburgh Castle in the background, the day after she arrived.

If you have an iPhone, iPad or Apple Watch, Update it now