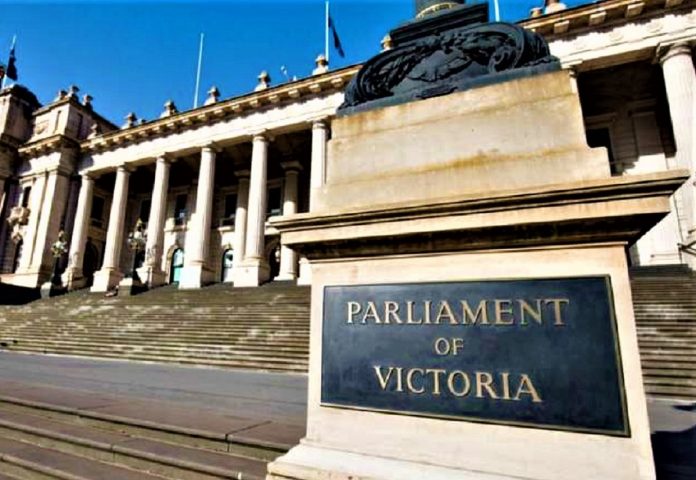 The Andrews Government has set aside $75 million for initial work to a build a large hospital in Melton.

The major project was announced this afternoon in the 2020/21 Victorian budget, which had been delayed by 6 months due to the pandemic.

A spokesperson for Melton State Labor MP Steve McGhie said the money would be spent on land acquisition, planning and initial work from 2022 onwards. The facility will be run by Western Health, one of Victoria’s largest public health service providers.

After the go-ahead for the hospital was announced in 2019, Djerriwarrh and Western Health began talks regarding a voluntary merger. The nearest tertiary hospitals are in Geelong, Sunshine and Footscray.

“We look forward to continuing to work with the Victorian Health and Human Services Building Authority as planning for the new hospital continues and, ultimately, being able to extend our services to the rapidly expanding communities of the West,” he said.

** The State budget also has money set aside to upgrade the corner of High St Melton and Norton Dve – including the installation of traffic lights.

Mr McGhie said it would also include $12.74 million to replace one of Melton’s busiest roundabouts on the corner of High St and Coburns Road with traffic lights to help improve safety and journey time on this busy stretch of road.

“It will also deliver safety and signalisation improvements at Main Street, Grant Street, Gisborne Road and Griffith Street in Bacchus Marsh,” he said.

** The budget will also see peri-urban Councils such as Moorabool remain eligible to apply to the Growing Suburbs Fund.

According to Local Government Minister Shaun Leane, $75 million has been set aside in the budget for the fund to deliver hundreds of local infrastructure projects and community facilities.

“From playgrounds to community facilities, these projects will help bring communities together, while also supporting local tradies, businesses and suppliers,” he said.

“With this Budget, we’re continuing to invest in local projects that create local jobs and make a real difference in people’s lives.”

Moorabool was included in the fund for the first time in 2020 – and as a result it has already been given $2.5 million to build a new sports and community pavilion at Darley.

RELATED STORY: What Darley Park’s new pavilion could look like

He also said Councils would also be able to access low interest loans from the $100 million Local Government Community Infrastructure Loans Scheme, which is already supporting dog parks, bike trails and community hubs across the state. Last financial year more than $4 million was put towards a Melton recycling facility under the same fund.

** As part of the Big Housing Build, the Andrews Government will deliver 12,000 new social and affordable homes.

“The City of Melton is a priority area for investment, with procurement starting straight away to build new homes,” Mr McGhie said.

“Moorabool will also benefit from the investment with a guaranteed minimum investment of $20 million.”

The massive social housing project would also support around 10,000 new jobs on average each year over the next four years, with 25 per cent of investment dedicated to regional Victoria.

** When it comes to tourism and hospitality, no specific Moorabool projects have been singled out for cash at this stage, but $465 million has been tipped into the Victorian Tourism Recovery Package.

It will include funding for the Ballarat Centre for Photography in Lydiard St Sth.

** The Western Bulldogs will get  $36.6 million for the next stage of the Whitten Oval masterplan which provides a new grandstand for spectators at AFLW and VFL games plus facilities for important community programs, including Sons and Daughters of the West – which operates in Melton, Moorabool and Ballarat.

** AFL legend and Bungaree spud farmer Danny Frawley will be immortalised for his contribution to football and mental health awareness with $7.3 million to develop the Danny Frawley Centre for Health and Wellbeing.

It will be based at St Kilda Football Club’s Moorabbin headquarters.

** More than $21 million will also go towards the statewide expansion of the Hospital Outreach Post-Suicidal Engagement (HOPE) service, with individual, intensive and one-on-one support for individuals.

Completion of the statewide rollout will deliver services in areas including Ballarat.

“This year we’ve lived through a global pandemic – and all the stress and isolation it has brought – with a broken system. So now, more than ever, we need this investment in the mental health and well-being of Victorians,” Mental Health Minister James Merlino said.

“This Budget supports the recovery of our state and the fundamental rebuild of our system, delivering new beds, more staff and dedicated early support for young Victorians.”

** The Andrews Government is also setting aside $187.6 million for upgrades and maintenance on the V/Line network generally.

** Another $9 million to transform 10 vacant rail buildings in regional Victoria for community use – including the Lal Lal railway station building on the Ballarat-Geelong freight line.

** Not far down the road, in Morrisons, Ms Settle said money had been set aside to buy land for a new CFA station.

** Water Minister Lisa Neville said $65 million would go towards “improving our iconic urban waterways and protection for the Yarra and Barwon Rivers and Melbourne’s western waterways”.

Ms Settle said $500,000 would go towards the Werribee, Lerderderg and Moorabool rivers to protect them from invasive plants and pests.

** The State Government said it would also spend $41 million to build new recycling facilities in regional Victoria and create 100 jobs.

The location of the recycling centres was not specified.

** No new schools have been funded in the region, although money has been set aside for upgrades at several schools in Melton.

“This includes Exford Primary School with students to benefit from a $25.3 million investment to deliver the remaining stages of the school’s master plan,” Mr McGhie said.

“As we recover, we want our state to come back stronger than ever, delivering the biggest investment in inclusive education in our state’s history.

“This includes a $9.7 million upgrade for Melton Specialist School, supporting students by rebuilding the Junior Building.”

** Ms Settle said this year’s budget was “an investment in people”.

“We’re delivering on mental health reform and the projects that lift our local communities like investments in our schools, social housing and projects to boost tourism.”