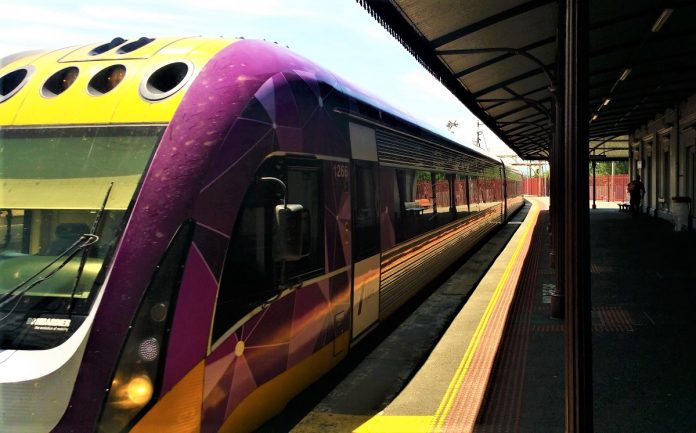 Vline has released new data, showing just how crowded our peak-hour trains are in a non-COVID world – and where the most commuters are getting on.

It all paints a picture of a desperate need for either longer trains or more peak hour services in Bacchus Marsh and across the cities of Melton and Brimbank.

On an average weekday a hundred per cent capacity is reached on the 5am, 7.12am,7.39am and 8.07 from Bacchus Marsh to Southern Cross as well as the 7.31am from Melton.

The trains reach their maximum capacity anywhere between Bacchus Marsh and Ardeer.

But it’s a very different story going the other way, with the busiest points re4ached much earlier in the trip – between Footscray and Sunshine.

But the story was even worse on the Geelong line with every Geelong-to-Southern Cross service train from 4.31am to 7.55am at 100 per cent capacity apart from three which averaged 96-98 per cent. Heading in the other direction, all but two services are typically full.

Compare that to the Bendigo line, where only one service in either direction averages full capacity (the 5.04pm from Southern Cross to Kyneton).

It was a similar story on the Traralgon line, while the Seymour line had no peak hour services that were typically at 100 per cent.

Most Vline carriages can comfortably seat about 70 people.

Meanwhile, Vline has been breaking some reliability and punctuality records during lockdown.

Further afield for the Ararat and Maryborough lines, 97.2 per cent of services operated and 95.4 per cent were on time.

** In April 2007 Ballan man Tim Brimson made State headlines when it was revealed he had been bringing his own camp seat on the train for severe months. At least two other Ballan commuters were also bringing their own seats at the time. Services were crowded at the time due to drastic fare cuts and the addition of extra services, making train travel more attractive to vastly more people.

RELATED STORY: 3 in hospital after 2-car collision on Western Hwy