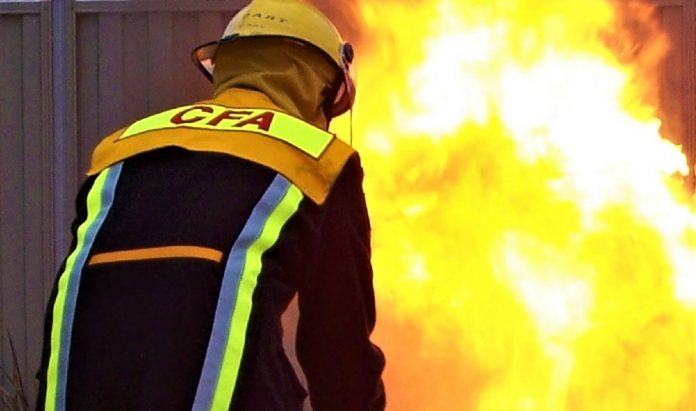 A growing list of Moorabool CFA firefighting groups say they will not tackle blazes near a proposed electrical transmission line across the Shire.

Leaders at brigades in Coimadai, Myrniong, Ballan, Blackwood, Mt Wallace, Wallace, Millbrook and Bungaree and Leonards Hill have written to Premier Daniel Andrews and CFA Chief Officer Garry Cook saying any blazes near the overhead powerlines would place their lives at excessive risk.

“(We) will not respond to fires on, above or around the proposed 500kV high voltage lines,” they said in their letters.

“(This is) due to the high risk as well as the unknown hazards working around this type of infrastructure.”

It is understood there has not yet been a response.

Moorabool and Central Highlands Power Alliance President Emma Muir said she felt vindicated that many fire brigades felt the same way she did about the region’s fire risk.

“We need to put the community first, not money,” she said.

“It’s been 37 years since we had a major bushfire in the Wombat and Lerderderg Forests – and two men lost their lives in Greendale.

“Victorians will also never forget the role Ausnet played in the 2009 Black Saturday fires – especially in Marysville and Kilmore/Kinglake.

“We’re not prepared to trust Ausnet this time.

“Communities along the 190km line are living through uncertainty.”

Ms Muir said the metropolitan COVID19 lockdown had prevented some brigades in the City of Melton from meeting to discuss the transmission lines and putting pen to paper, but she was confident they would follow suit.

The Alliance is now planning a series of events to raise awareness of the Western Victoria Transmission Network project and its potential impact on local agriculture, jobs, flora, fauna and more.

The proposed overhead transmission line would run from Sydenham to Bulgana near Ararat and should be built by 2025.

Developers Ausnet Services and Mondo said he pylons would be up to 80m high, depending on the terrain.

The project would also involve the creation of a new substation north of Ballarat – possibly in the Clarkes Hill area, where the line would be able to intersect with a Ballarat-Bendigo transmission line.

Ausnet is due to release a narrowed-down area of interest map by late November.

Two more information sessions are being held in Melton next week:

Both will be held at Melton Community Hall, 238 High St. For more information, click here