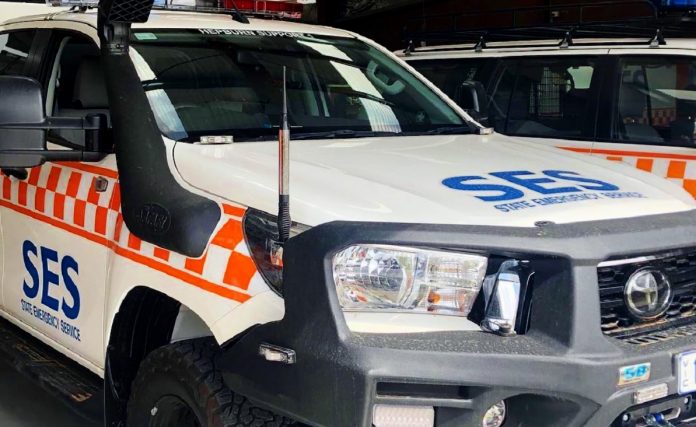 Today they were called to the Djerriwarrh Health Services Urgent Care centre to cut a ring from a man’s finger.

Emergency services were called at 10am (Wednesday).

SES member Bill Robson said the patient – believed to be in his early 20s – had a cut to his hand which could not be properly treated until the ring was removed.

“The doctor had called a jeweler – and they were unable to help,” he said.

“So we came in with our domestic rescue kit – which includes a Dremel tool and a small cutting disc.

“I guess it’s a bit like a mini angle-grinder.

“With these sorts of jobs we use a shield to protect the skin under the ring from being cut. We know that metal can also heat up when it’s being cut, so we spray the area down with water as we go.

“We get called out to these sorts of things every so often.

“Sometimes the patient has broken a finger and the ring needs to be removed – and sometimes they can become puffy from an allergy or illness and it can be hard to get rings off as well.”

RELATED STORY: Pipped at the post by Tayla Harris