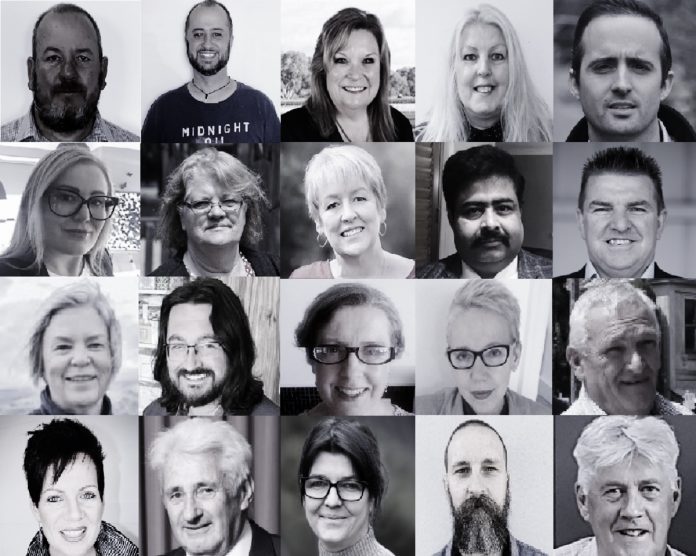 The Victorian Electoral Commission says voter ‘turnout’ at the current Council elections is expected to be the strongest for many years – but the exact Moorabool figure will not be known for several days.

As of 1.30pm Friday, just under two-thirds of Moorabool ballot papers had been formally received by the VEC.

Locals have until this afternoon (Friday) to place their completed ballot in a postbox or lodge their vote in person by 6pm at the VEC office at 2 Graham St Bacchus Marsh.

Due to COVID19, all Council elections are via postal votes this year – and statewide the VEC was predicting a turnout of around 76 per cent – which is up on the 73 per cent average in 2016.

Moorabool VEC election manager Noel Shillito said it was a huge final day for the temporary Graham St office, as scores of people came to deliver their ballot papers in person.

As of 1.30pm the VEC had formally received:

Mr Shillito said not every one of those papers was a valid vote, as next week staff would have to weed out unsigned papers as well as papers where boxes were incorrectly numbered or left blank.

Ballot papers sent in the post today will have until Friday October 30 to arrive at the VEC.

Electoral Commissioner Warwick Gately said that although some issues had been raised regarding the non-receipt of ballot packs and changes of addresses, the VEC had worked closely with Australia Post to deliver a further 75,000 ballot packs to alternative addresses.

Mr Gately explained that although voting in council elections is compulsory for voters on the State electoral roll, it is not compulsory for non-resident property owners (such as investment properties or holiday homes) who make up around 10 per cent of the 2020 council rolls.

Voting is also not compulsory for voters who are temporarily interstate or overseas.

State-enrolled voters without a valid excuse for failing to vote risk an $83 fine.

Extraction of ballot papers from envelopes starts tomorrow (Saturday) for Melton and Greater Geelong, while the process starts Monday for all other councils including Moorabool and Ballarat.

The Moorabool result is expected to be finalized by November 4, but could take as long as November 13.

** The temporary VEC office for the Melton City Council is in Black B at Heathdale Christian College, 112 Centenary Avenue, Melton. Call 8619 1445.

For a local guide to your nearest postbox click on this article.