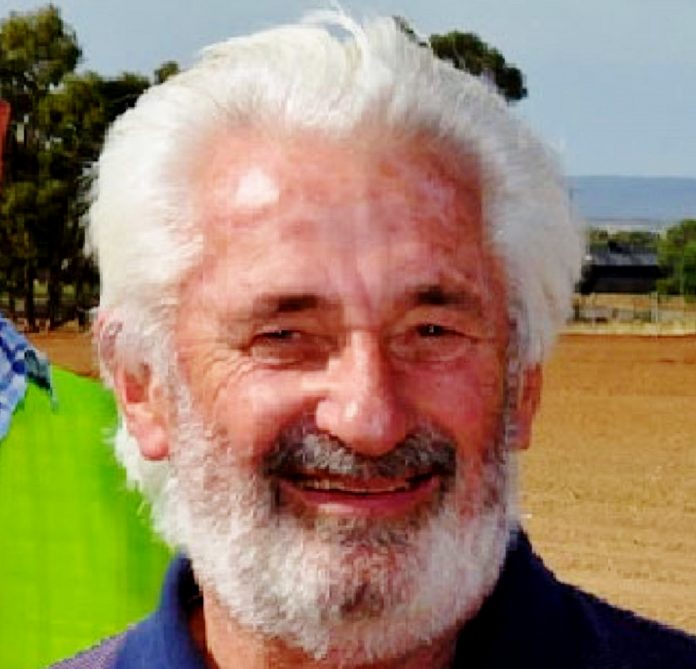 If you’ve lived in the Moorabool Shire for a while, John Keogh is a name you’ll know.

The quiet achiever is a retired engineer with the Bacchus Marsh and later Moorabool shires – and has a wealth of experience in town planning, job creation and thinking ahead for our young people.

Now the councillor is standing for re-election in the Woodlands ward – which surrounds his home at Pentland Hills.

He is committed to making sure Council polices reflect the need to adapt to a ‘climate change environment’.

And if you’re a teacher, parent or someone else who travels to Gordon Primary, you’ve got John to thank for the vast improvements to Dicker St.

As a first-term Moorabool councillor John fought for and moved the resolution to construct the primary school pick-up area – making it safer for local kids.

“I acted after responding to the Gordon Primary School principal,” he said.

“The school had been lobbying hard and getting nowhere.

“It really was the one street in Gordon with the biggest potential for accidents.

“In fact I feel very strongly about leaving this world a much better place for our future generations.”

He believes that by bringing more visitors to the region – and with Melbourne on the doorstep – we can boost the hospitality industry and bring along other small businesses in the process.

“We’ve got to get on top of youth unemployment and the issues it can cause,” John said.

“And how we create jobs for young people in this Shire is via tourism and hospitality. We could do so much here.

“As soon as Melbourne gets out of lockdown many of those people will drive to Daylesford, yet they pass right through our region without stopping.

“For Moorabool, this is terribly sad.”

John said part of the plan to bring jobs was to stimulate the arts community, which interacts closely with tourism.

“Look at Castlemaine – on a normal Saturday night the place is absolutely vibrant. It’s safe and people are enjoying themselves. It’s also creating jobs for youth.”

Mr Keogh said he lobbied strongly for an Arts Officer in the economic development and tourism unit – and two months ago that finally became a reality in Moorabool.

“I have a long-term strategy for youth employment and we need to keep that goal alive.

“The Arts officer is stage-one of much bigger plan.

“On top of tourism, an Arts Officer can create opportunities for kids who are not necessarily into sport.”

John said he was also keen to see more walking, hiking and bike paths across the shire – especially around Gordon.

“These paths bring in tourists – which bring in jobs.

“I really want to see the bike path network finished in Gordon to complement the upgrade of Paddock Creek.

“What I want to see is people from Melbourne getting off the train at Ballan and riding around the area for a few days.  They could stay in Gordon and visit our parks, mountains and other local features such Mt Warrenheip and Lal Lal Falls.

“This sort of tourism is just waiting to be tapped.”

John said there was also an important role for events-based tourism – and he will make sure the Blackwood Easter Festival gets greater Council support.

He will also advocate for better facilities – including toilets – at Egans Reserve in Greendale.

On top of that John will also push for beautification of our town entrances to make them look more inviting.

He also wants each entrance to have a dedicated traffic-calming strategy to reflect the Shire’s rural nature – and for all future roadworks to incorporate landscaping that will create a cool, leafy traffic-calmed environment.

John said it was important to make Moorabool’s communities distinct from metropolitan suburbs.

And on the topic of tourism – John believes we must preserve our beautiful natural vistas, which are “a jewel in Moorabool’s crown”.

“There is no shire that has the picturesque landscapes that we do.

“Our landscape is magnificent and it’s an untapped resource.”

“It’s absolute madness to even think of putting a 500kV overhead transmission lines through them.

“Powerlines in Europe and America are underground – and so is the powerline to the Wonthaggi desalination plant.

“We all want to see power generated that doesn’t create pollution, but why don’t we become a model for green power for the world and put this stuff underground.

“It would complete the aim of clean and green electricity that actually benefits everyone.”

“We have the most wonderful landscape. We can’t let it get ruined.

“With my background at the most senior levels of Local Government I can be of use as a councillor to oppose these overhead lines.”

John said he was also staggered that PFAS-contaminated soil was proposed to be dumped so close to Bacchus Marsh Grammar – the third biggest independent school in Victoria.

“I am vehemently opposed to the deposition of any toxic soil anywhere near a school or a town – anywhere near people is just not on.

And his take on sand mining in Coimadai and Darley?

“We’ve got to make sure all sand mining complies with world-standard environmental best practice to reduce the impact on the health of locals,” he said.

“Once the sand mines reach the end of their working life, we also need to make sure they are rehabilitated and revegetated in accordance with their original planning permits.

“They should never become depositories for commercial or municipal rubbish.

“Have a look at the Lidgett St playground in Bacchus Marsh. It was rebuilt this year.

“With proper community consultation and a talented landscape architect, it is now an absolute showpiece – the gold standard!

“This is what we can do elsewhere.

“A great playground can really lift the tone of an urban neighbourhood.

“The Myrniong Rec Reserve playground is my next priority.”

John said the most successful projects were the ones that the community truly felt they owned and had input into.

“I want to make sure people are meaningfully consulted – no matter what it is.”

The Pentland Hills man said that after a 30-year career in Local Government across the state he understood the funding process and what was needed to get a project started.

His other credentials include serving as secretary of the Pentland Hills Landcare Group.

“I love the environment and that’s why I came here to live.

“Let’s keep it beautiful and come up with a holistic policy to deal with roadside dumping.

“That includes advocating for container deposit schemes, longer opening hours for transfer stations – and lobbying to reduce EPA tip fees and therefore make it cheaper to take a load to the local landfill.”

John also has a vision for the Werribee River.

“I want to get the Moorabool, Melton and Wyndham councils together to develop a bike and walking trail.

“It could also act as a corridor for wildlife from the source of the river in our Shire to its mouth in Port Philip Bay.”

So what does John Keogh do in his spare time?

“My hobby is classic cars and appreciating good streetscapes!

“I believe we need to jealously guard at all costs the uniqueness of the leafy green streetscapes we have in Gordon, Greendale and especially Blackwood.

“I love travel and I looking at how roads and streets have been designed and planned.

“I’ve been to many great cities – including Paris, cities in Germany, Switzerland, the Netherlands, Luxembourg and even Pompeii – just to see how well they have been designed.

So what else can this Woodlands ward candidate do for you?

“I see myself as being here to help people to understand the complex ways that councils work.

“I get a lot of satisfaction out of helping people through the Local Government maze.”

** Ballot packs are being mailed out this week (October 6-8) and postal voting closes at 6pm on Friday October 23.