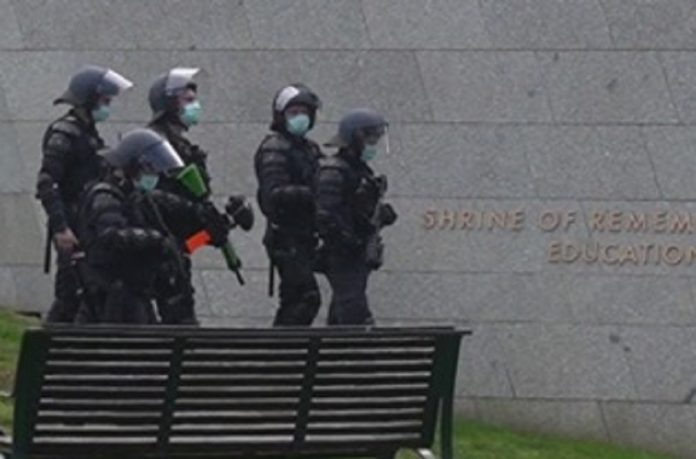 They include a woman from the Ballarat locality of Cardigan and a man from Coimadai, north of Bacchus Marsh.

Police said of the arrests, 15 were for failing to provide identification, while one was for assaulting police and one for unrelated offences.

Seven of those arrested were issued with a penalty notice after eventually supplying their names and addresses.

A 29-year-old Cardigan woman was charged with failure to state her name and address as well as breaching the Chief Health Officer’s directions.

She has appeared in the Melbourne Magistrates Court and been bailed to appear again on 29 March.

Meanwhile a 55-year-old Coimadai man was charged with breaching an intervention order.

He has also been bailed to appear at the Melbourne Magistrates Court on February 12.