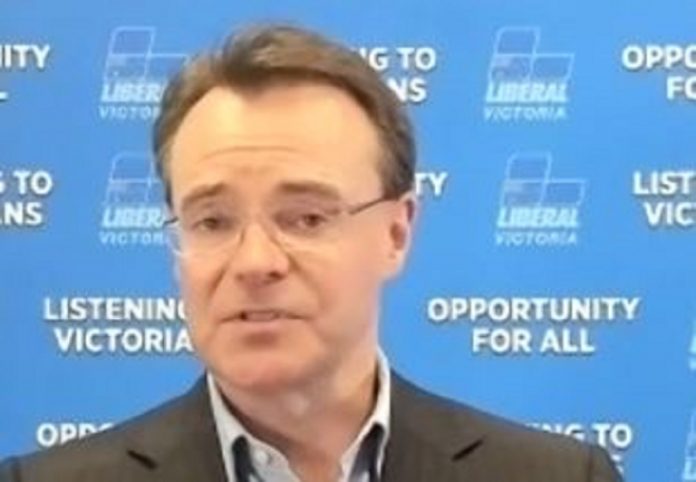 The State Opposition leader has addressed a Zoom meeting of Moorabool locals potentially affected by high-voltage powerlines and the dumping of PFAS-contaminated soil on the edge of Bacchus Marsh.

Michael O’Brien (pictured said the Liberals had tried to uncover more information about the proposed Maddingley landfill and had opposed changes to EPA regulations that allowed builders – including the companies building the West Gate Tunnel – to now dump waste at low cost.

“It’s a fight worth having,” he told the meeting of about 50 people.

Irish-born Mr O’Brien is the current Malvern MLA and also spoke about the rush to string up 500kV powerlines across Melton, Moorabool, Hepburn and Ballarat.

“The government shouldn’t be doing it in a cheap and nasty way that diminishes the amenity of the land,” he said.

He accused the Andrews Government of ignoring the interests of communities along the proposed 190km route between Sydenham and Bulgana – many of whom want the lines put underground.

“We will stand up for real community consultation. No shortcuts. Let’s make sure this is done properly.

“The people of Western Victorian deserve the right outcome, not the cheapest outcome.”

“This Government just runs roughshod over everyone,” Mrs McArthur said.

“The argument for going underground was clearly not explored.

“I don’t see that it’s impossible.

“We’re fighting this as best we can and we’ll continue to do so.”

# The offices of Buninyong Labor MLA Michaela Settle and Melton Labor MLA Steve McGhie have been contacted for comment.