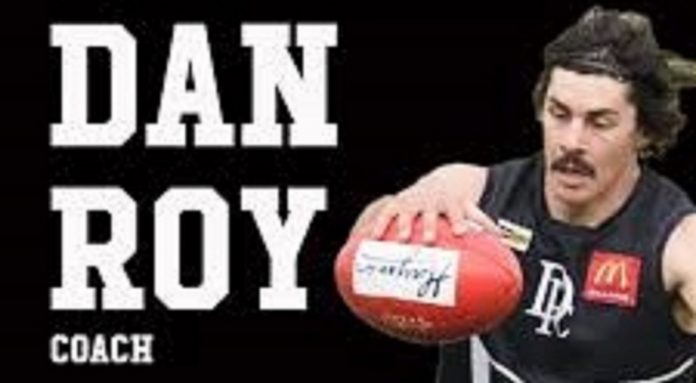 Roy was due to have his first crack at being head coach, when the Ballarat Football league called off the 2020 season last month.

“We did appoint him a bit late last year, but at least now we are a step ahead.

“As for the Darley Seniors team itself, we’re unsure which players will stay on. We’re waiting for news on the new salary cap.”

Craig said he believed the salary cap could be lowered from $140,000 to around $100,000 next year, which would ease the stress on fundraising in uncertain times.

“We’re waiting to see what’ll happen but I don’t think it’ll be too much of a problem for Darley.

“We’re lucky because we have so many local players at the club. We don’t have to attract many players from outside.”

Craig said the senior coach had a history of playing in flag-winning sides – firstly in Mansfield and later in the Geelong district.

“Both Dan and Drew Edwards played for Darley in the 2017 premiership.  We beat Bacchus Marsh in both the Seniors and the Reserves that year.”

** Meanwhile the cancellation of Darley’s junior football and netball competitions has paved the way for young footballers to join other teams in the Central Highlands league, which is still running an under 12s, 15s and 18s competition.

Craig said seven Darley players had been granted permits to play for Ballan, while two would run in for Hepburn.