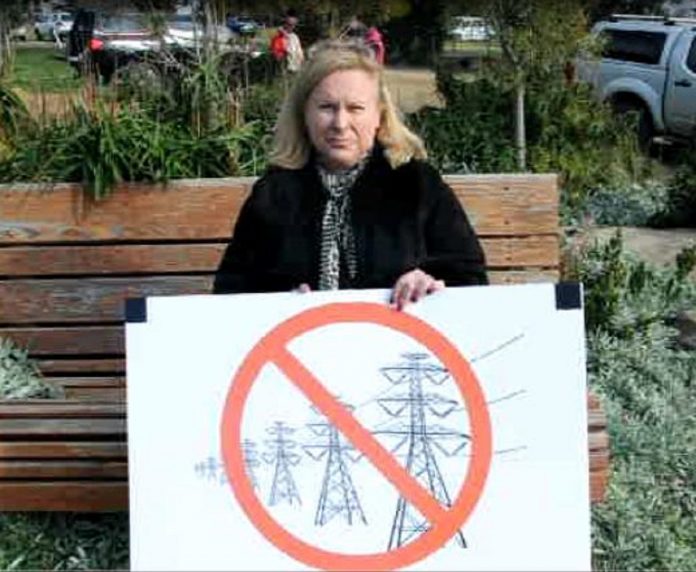 Two State Opposition MPs have cancelled a visit to Ballan this afternoon (Thursday) on plans to build a 500kV transmission line from Sydenham to Bulgana – and have replaced it with a Zoom ‘public meeting’.

Their 3pm Zoom meeting will be able to take up to 100 participants at once and Mrs McArthur said they would hold a second meeting if necessary.

Moorabool and Central Highlands Power Alliance President Emma Muir said there was now no need to register – and locals could view the meeting as long as they had the correct link:

She said some locals had experienced problems using online meetings – and the face-to-face Ballan session had been designed to cater for them.

The alliance is planning a separate Zoom meeting from 6pm tonight to explain its aims and activities.

** It comes as people signing a petition outside the Ballan Post Office have sent more than 300 letters to Federal Energy and Emissions Reduction Minister Angus Taylor.

The letters and petition are calling for greater community consultation, a reduced impact on wildlife and for the fire risk in the Wombat and Lerderderg State Parks to be taken into account, among other issues.

** Meanwhile, a decision is due to be made by the Victorian Planning Minister by tomorrow (Friday) on the need for any Environmental Effects Statement.

Ausnet Services made a referral to Minister Richard Wynne on June 19.

Ms Muir said it was unclear if the 20-days deadline would be extended due to COVID19 restrictions – and that if an EES was required, the 190km project would involve a public review process.