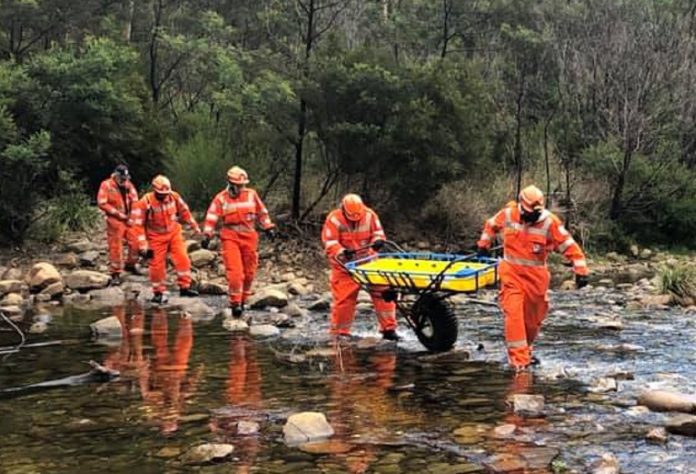 Bacchus Marsh SES volunteers have helped to bring an injured man to safety after what has been described as a “fall down a cliff”.

The alarm was raised at 12.37pm (Monday) to Bluegum Track on the Bullengarook side of the Lerderderg State Park.

The SES says the man had lower leg injuries and members conducted a high-angle rescue before carrying him to a Myrniong carpark, where he was treated by paramedics.

The man was taken by road in a stable condition to Western Health, Sunshine.

It was the second rescue for Bacchus Marsh SES in 24 hours.

The pair were found around the time volunteers arrived.

The unit is reporting a surge in search-and-rescue calls since COVID19 restrictions were eased. It is asking bushwalkers to stick to marked tracks and take adequate supplies – including spare phone batteries or portable chargers.