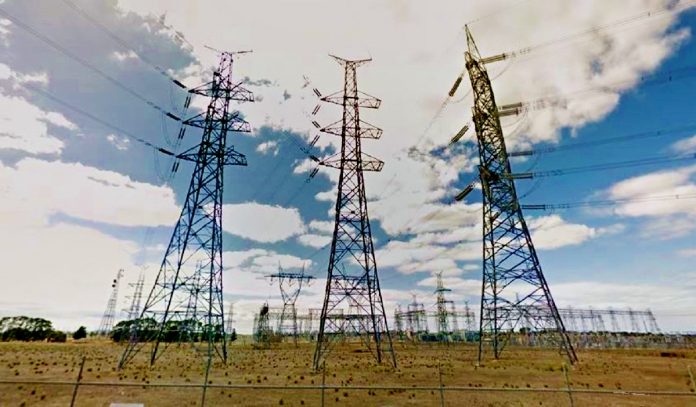 More than a hundred people have taken part in an Ausnet/Mondo Zoom meeting to discuss almost 300 questions posed about the Western Victoria Transmission Network Project.

The 190km Sydnenham-to-Bulgana line will pass through the Melton, Moorabool, Hepburn and Ballarat council areas and is due to be built between 2022 and 2025.

Participants were not able to see any of the questions and comments posed during the 2-hour session. A selection were put to a three-person panel, made up of project leaders.

Host Chris Robinson said all queries would be collected and later answered online.

Project Development Manager Ashley Clifton said there would be opportunities to change the angle and position of the line around cultural and significant features – and towers would vary in height, according to local conditions.

“If you look at the line from near Geelong to the Heywood/Portland area, that’s a really good indication of what this line might look like,” he said.

Mr Clifton said depending on the size of the line, the bases of the square lattice-style pylons would cover either 16 or 20  square metres.

Ausnet Services Director Francisco Vizcaino told the online meeting the line was not specifically designed for the Bulgana windfarm and would stay in place, even if the windfarm was decommissioned “in 20 or 30 years”.

“The infrastructure will still be needed for that part of the state – for example – for windfarms in the Horsham area,” he said.

“There’ll be increased economic activity in towns in the area of the line.

“The other general benefit will be the enabling of clean and affordable energy for Victorians.”

Mr Vizcaino said Ausnet was also exploring the establishment of a local community fund – and an apprenticeship or scholarship program to train locally-based linesmen, giving them “a trade for life”.

He also said project personnel needed access to local properties to see the features that locals wanted preserved – including trees and aboriginal sites.

“Tower spans are on average 400m apart and we can go around things, but if we go underground it has to be a continuous stretch of trench,” he said.

“If we have cultural and significant sites nearby, a continuous trench makes that very difficult.”

Mr Vizcaino said in a previous project a local Council had pointed out an Avenue of Honour which did not appear on any official registers.

“We didn’t want to chop trees in an Avenue of Honour,” he said.

“There’re a lot of things you can’t see on a map or aerial photo. That’s why we need engagement.”

Mondo Planning and Engagement Lead Tara Horsnell told the meeting she was interested in how communities used sites within the area of interest:

“For example, scenic lookouts and bushwalking tracks. They may not be protected by legislation, but they’re valued by the community. We want to know about them.”

The next community engagement Zoom meeting will be held on Tuesday (July 7) from 6pm. Go to https://www.westvictnp.com.au/get-involved/ to find the Zoom link.

** Keep up to date with the latest local news by liking Moorabool Online on Facebook. You can also register your local business free of charge on our website (top right tab).