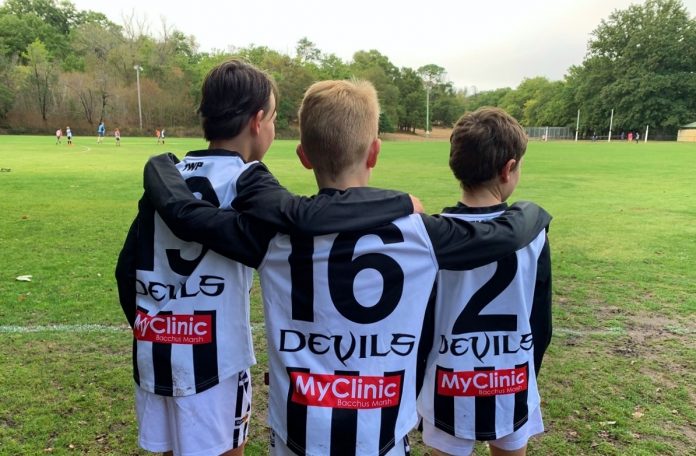 The Ballarat Football Netball League has now called off its junior season, less than a week after it closed the door on any senior competition.

The decision affects players including the Darley and Bacchus Marsh under-17s, under-15s, under-13s and under-11s.

The Devils and Cobras under-9s and all girls football teams are in the Riddell District league.

“As a club, we were prepared either way – to go ahead or to cancel.”

“We’re still waiting to hear what will happen with the Riddell league. They cancelled their senior season yesterday (Tuesday) but there’s no word on the juniors.”

The Riddell, Bendigo and Omeo leagues were the last in regional Victoria to decide on their seasons.

Mr Matthews said he hoped Darley could still organize events and activities for their junior players. He also described football and netball training as “postponed, not cancelled”.

“We’ll be in a holding pattern for the next four weeks,” he said.

“If a team close by is able have a game or two with us – and members support that – we’re ready to give that a go.

“We’re aiming for some fun activities, perhaps on a Sunday. We want things that the kids can look forward to.

“It’s certainly been a challenging time, but we passed all the protocols and had everything in place to go ahead.”

The President also praised the 50-plus parents and carers who had come forward to go through COVID19-safe training.

Almost 300 children are involved in football and netball with the Devils in 2020.