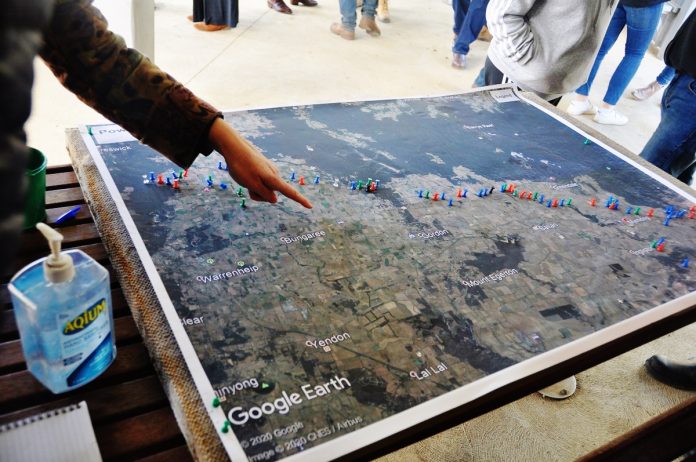 A Western Victorian Upper House MP has taken local consultation concerns to the leaders of Ausnet, who are planning to build a 190km windfarm electricity transmission line through the Moorabool Shire and beyond.

Former Bacchus Marsh detective and Justice Party MLC Stuart Grimley said he spoke with many concerned constituents last week and wanted to make sure there was a good outcome for both sides during a 2-years community consultation phase.

“This (Western Victoria Transmission Line Project) needs to happen, but productive energy shouldn’t come at the expense of productive farming land,’ he said.

“Community consultation is often carried out as a ‘box ticking exercise’ which takes place after a decision has already been made.

“I hope the two years of community consultation by Ausnet is genuine and the concerns of landowners are taken on board.

“The State Government should be applauded for its ambitious renewable energy target which has contributed significantly to economic growth in country Victoria.

“However there are undoubtedly a handful of unintended social consequences associated with the construction of large-scale projects in small towns – and housing supply is a big one.”

Mr Grimley said Ausnet had made a commitment to hiring as many locals as possible during construction, including possible apprentices.

“I hope this is the case and I look forward to seeing local economies being boosted as a result.”

The Torquay-based MP also encouraged people with concerns to contact his office or Ausnet.

Moorabool landowners across an area including Coimadai, Myrniong, Greendale, Bunding, Springbank and Wattle Flat fear the route had already been chosen before they were notified of any project.

Ausnet has published a broad ‘area of interest’ map, but landowners who received letters or visits from Ausnet have created a map of their collective properties, showing a line across the north of the shire (main picture).