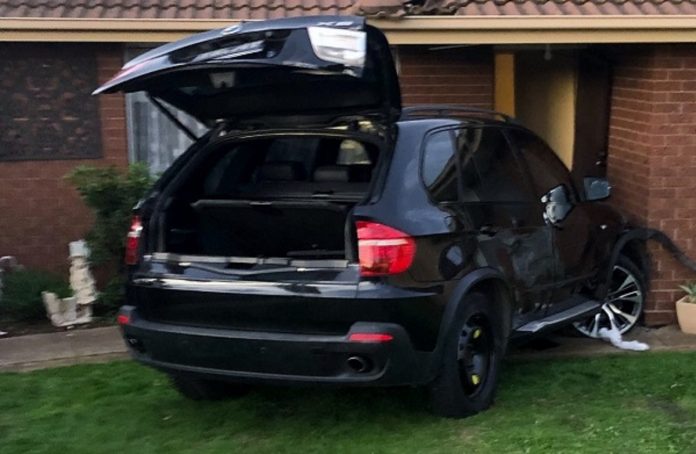 Police have charged a man from Melbourne’s outer east after a car crashed into a house in Bacchus Marsh on Friday (19 June).

The incident happened in O’Hagan Place just after 2pm, causing damage to the front entrance.

Officers say no one was home at the time.

It is alleged the driver of the car ran from the scene and was located by police shortly after.

A 27-year-old Lilydale man was arrested and later charged with theft of a motor vehicle as well as driving, weapons and drug offences. Police have also charged him with stating a false name and committing indictable offences while on bail.

He was remanded in custody to appear at Ballarat Magistrates’ Court on Tuesday June 30.