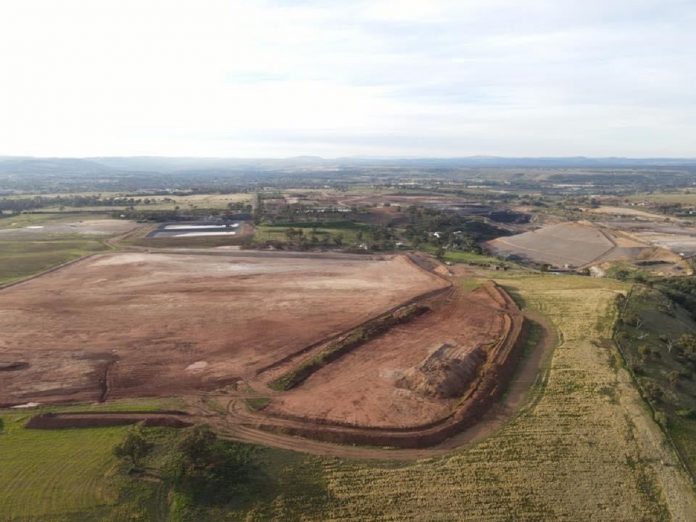 Moorabool Council has submitted its feedback on plans for Maddingley Brown Coal to accept contaminated West Gate Tunnel Project soil, but protest groups say the Council was not given enough information.

After independent legal advice, Moorabool says it cannot release its findings at this stage.

The Council has reviewed an application to amend the local planning scheme to allow MBC to receive uncategorized soil on the southern outskirts of Bacchus Marsh.

If approved, the amendment would pave the way for 1.5 million cubic metres of tunnel project soil to be taken to the disused coal mine site.

Some of the soil is contaminated with PFAS – a firefighting foam chemical that does not leave the environment.   The tunnel will go under Coode Island – a chemical storage area which was devastated by a massive fire in late 1991.

“The review of the amendment documents and associated technical reports was undertaken within the limited time-frame and constraints imposed upon Council,” Mayor David Edwards said.

“From day one, Council’s priority has been safety first, followed by the need for transparency and the need for the proponents to demonstrate how this project will benefit the Bacchus Marsh community.”

MBC wants its application to amend the local planning scheme considered under section 20(4) of the Planning and Environment Act 1987.

This would see the Council process bypassed, empowering the Minister Richard Wynne to give any final nod.

MBC also says that its application cannot be made public due to commercial confidentiality.

Hours after a 600-strong online rally, Kat Barlow from Bacchus Marsh Says No To Toxic Waste said it was unfair to give Moorabool Council “half the info and expect them to make an informed response to the documents they have”.

“Council’s hands are tied,” she said.

“The fact they were put in that position – and couldn’t consult with the community – is preposterous.

“I can’t see why MBC can’t just release the documents but redact details that are commercial in-confidence.

“We’re not interested in how much money they’re going to make or how much the tender will cost. That can be blotted out.

“Commercially valuable information is not defined as reports about the safety of the community, the impact on agriculture and the social impact.

“We need to know this.

“If people are not given the info up front, they’ll go to other sources to get it.”

Moorabool Council has not been advised of the next step or any timeframe.