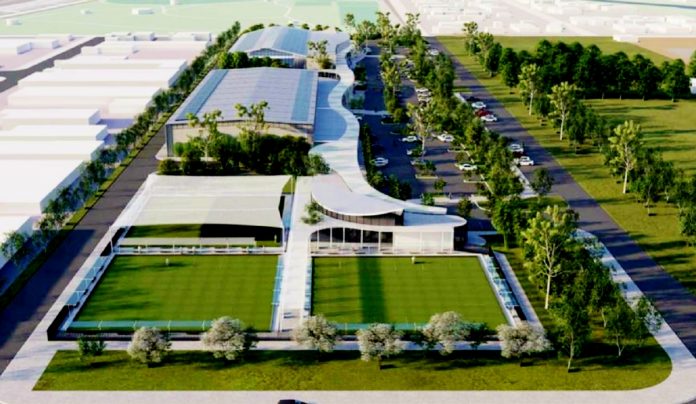 Moorabool Councillors have voted to back a masterplan option that would pave the way for a Bacchus Marsh indoor sports stadium and lawn bowls greens as well as an indoor pool later.

West Moorabool ward’s Tom Sullivan was the only councillor to vote against the proposal, saying he was told last week it would cost $13.5 million, with an $11.5 million shortfall that he believed ratepayers would have to fill.

“This would rob communities outside Bacchus Marsh of opportunities in their own towns and those people will still have to carry the burden of the rates,” he told Wednesday night’s live-streamed meeting.

“I know we are voting for a masterplan tonight, but really it’s the implementation of the sports centre by stealth.”

Councillors voted for option 1A from a choice of three sports precinct masterplans taking in vacant land in Taverner St, ‘Siberia’ and Maddingley Park plus Peppertree Park and Ballan’s Mill Park.

“It’s time to commence this project,” she said.

“In regards to funding, we’ll be looking to Federal Ministers for grants.

“If you don’t at least plan now to deliver this, it’ll never get delivered.”

Cr Jarrod Bingham said Bacchus Marsh’s population was booming – and a conservative estimate of the entire population of Moorabool in 20-years’ time would be 10,000 more than first thought.

The public section of the meeting lasted 11 minutes.

** Don’t forget to register your business in our free local business directory. Just click on the tab on the top right of the screen.