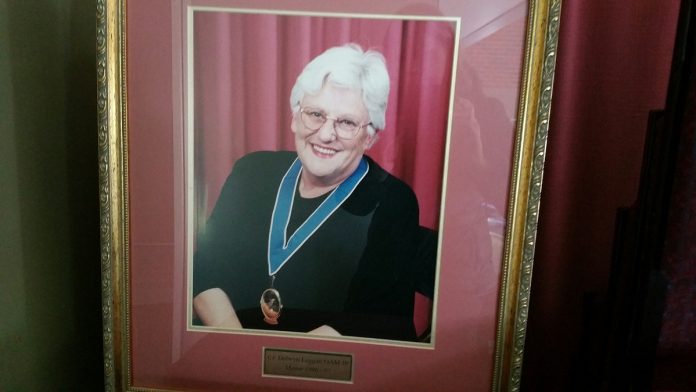 Del Leggatt has been honoured in the national capital with a speech by Ballarat’s Federal Labor MP.

Catherine King told Federal Parliament on Monday that Moorabool’s first mayor was an energetic contributor to Bacchus Marsh Labor branch debates and was passionate about her community.

“Del will be truly missed,” she said.

“She was a friend and I miss her. She loved her community and she fought incredibly hard for it.”

Delwyn Bernice Leggatt passed away on May 14, aged 85.

She first served on the Bacchus Marsh Shire Council from 1986 until amalgamation, was admitted to the Order of Australia in 2004 and was Moorabool’s 2018 Citizen of the Year.

A private funeral was held at Bacchus Marsh Anglican Church on May 22.

“As a long-time board member of Djerriwarrh Health Services, Del stood strong and worked tirelessly to ensure the community had a hospital with a good flow of funding,” he said in his speech.

“It seems fitting then that her final days were spent in that same beloved hospital surrounded by people who loved her and cared for her just as she had done for them for so many years.

“I for one will certainly miss the painted fingernail waving at the next branch meeting and the passionate lecture on why her community was not getting their fair share.

“Del, may you rest easy knowing that you have left behind an army of true believers.”

Delwyn Court in Darley was named after her.