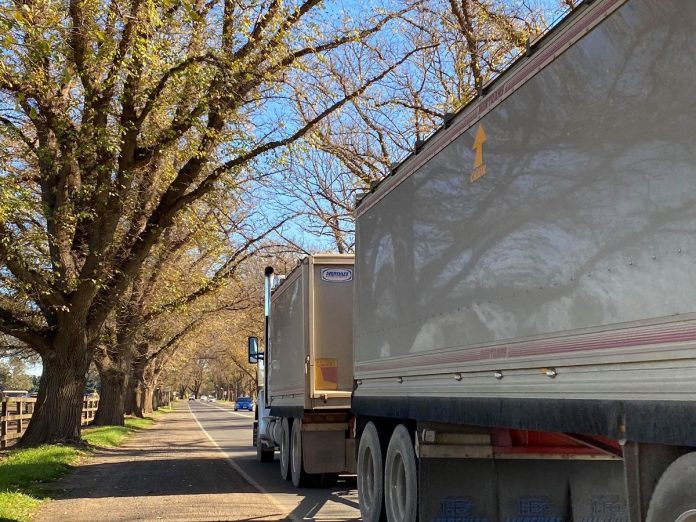 Social media blew up this morning with photos of trucks lining up at Maddingley Brown Coal.

This comes the Bacchus Marsh says NO to Toxic Waste was told on Friday that unwanted soil from non-tunnelling sections of the Westgate Tunnel Project would be trucked in as of today (Monday).

Mapping on the project shows that soil from the tunnel could potentially be contaminated with PFAS, a chemical found in firefighting foam and Scotchguard which does not leave the environment.

Moorabool Shire Council has released a statement saying they had no way of knowing where the material being transported to the disused coal mine comes from, although truck drivers themselves say it is from a construction site for the underground Anzac railway station near Melbourne’s Shrine of Remembrance.

On Friday a spokesperson for MBC said they would only accept tunneling soil from the project once they had planning and environmental approvals to build a facility to receive it.

MBC currently has approval to accept category C soil. If MBC is accepting soil outside of their approval, it becomes a matter for the EPA.

“Unfortunately, Council has no power to test the soil, to inspect the trucks or to ask where the soil is coming from,” the Council statement said.

The protest group has responded, saying:  “We are concerned by the amount of trucks blocking roads and using non-approved routes – such as Cummings Rd – as well as the amount of dust being generated from the transport.

“We are also concerned that the Council has no power to undertake any action to alleviate residents’ concerns, especially when the EPA appear to be doing nothing.”